If you’re anything like us, when you found out Rampage, the video game was being turned into a film, you were pretty excited. We played the game often, reveling in our high scores and crushing cities – and our competition. It never got old.

The only thing better than the game being turned into a film was the announcement of the cast. Dwayne Johnson, Jeffrey Dean Morgan, Naomie Harris, and Joe Manganiello are taking the screen next to the larger than life gorilla, crocodile, and gargantuan wolf. With monsters that big, the cast had to be absolutely killer.

The first action-packed trailer dropped just weeks ago and now, we’ve got another preview of what we can expect from Rampage.

A still from the film was revealed as part of EW’s First Look issue and Johnson looks fierce and ready to fight. The gorilla behind him doesn’t hurt, either. 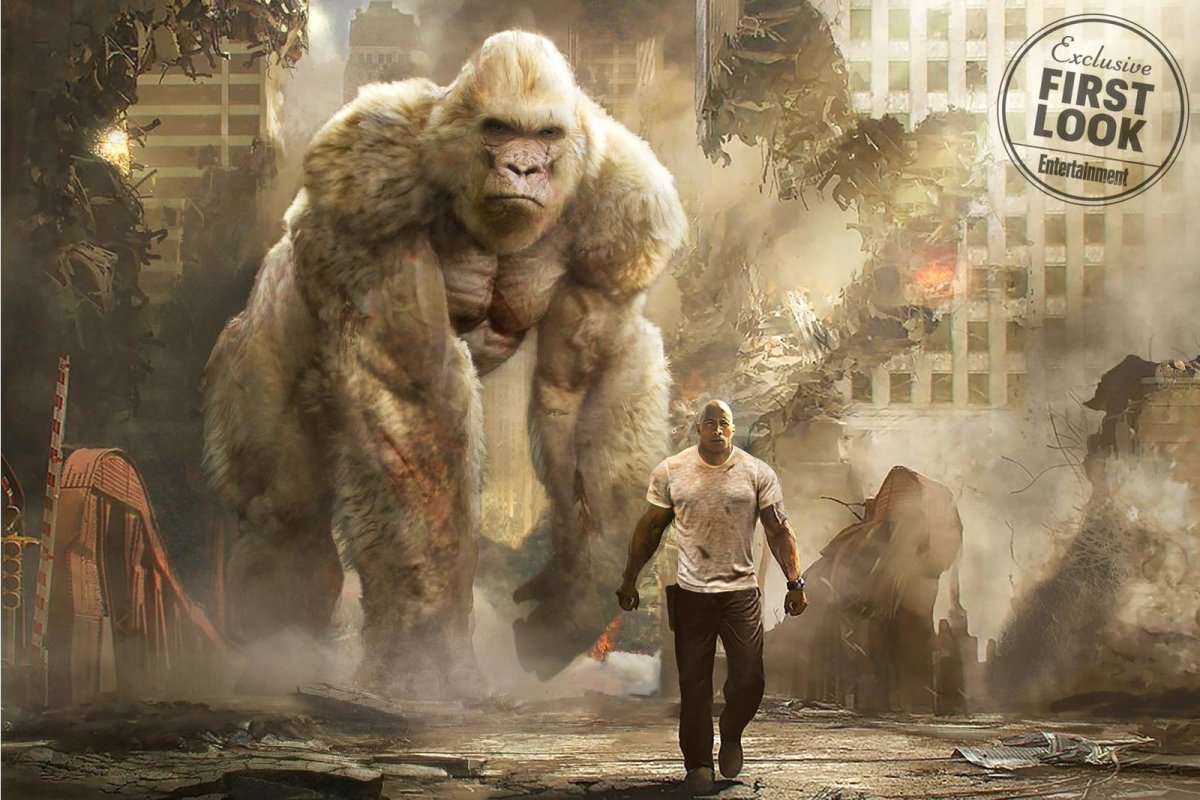