After the well-received Ready Player One panel at today’s Warner Bros. Pictures event, Blade Runner 2049 took the stage next. What better way to open up the highly anticipated film than with Jared Leto, one of the film’s stars, as a hologram. Yes, this is a thing that just happened and yes, it looked amazing!

He promised that “the future will be strange” while dressed in some serious 70s style clothing before he showed the recently released trailer for the film. 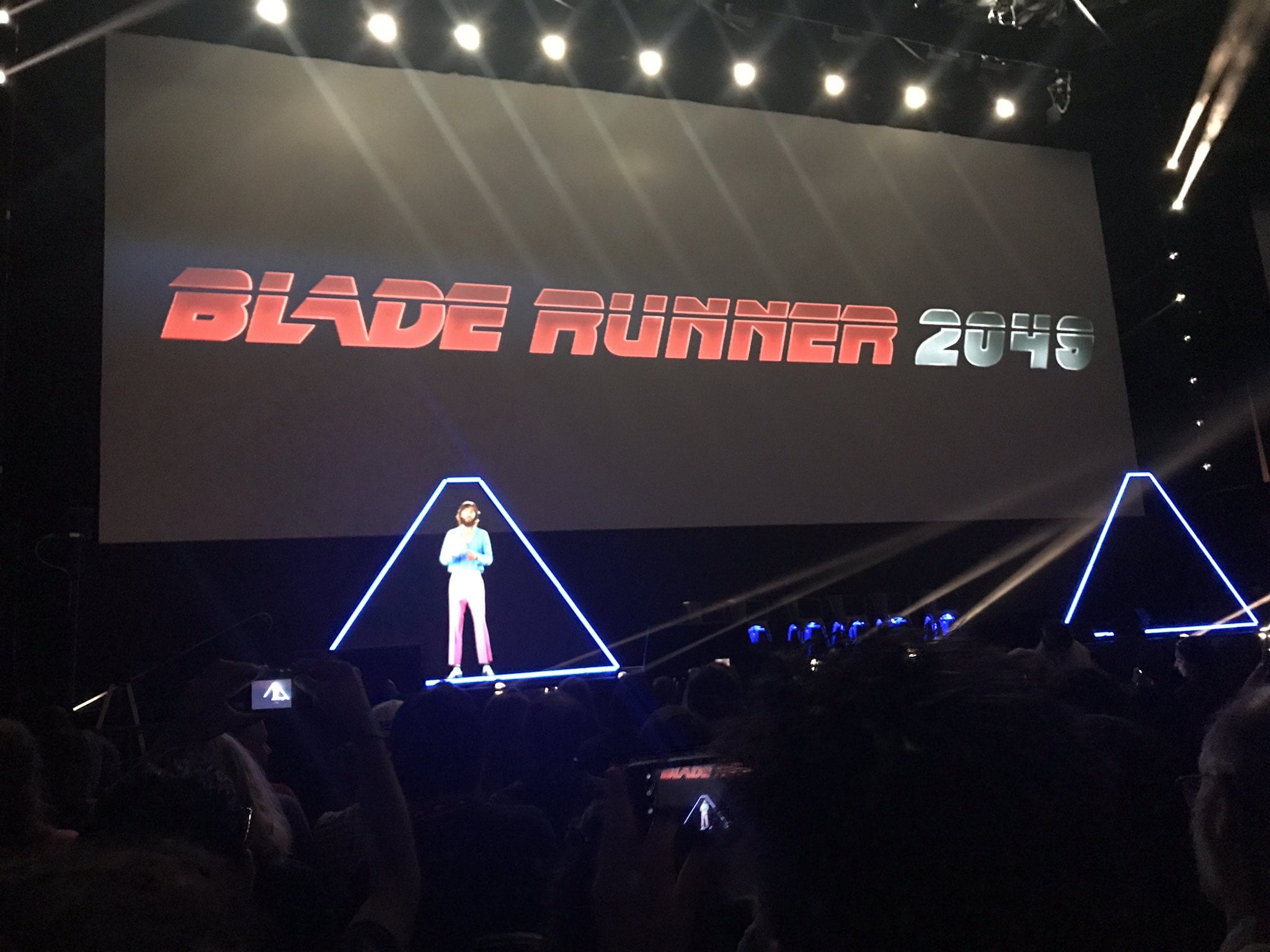 Blade Runner 2049 finds Officer K (Ryan Gosling), a new blade runner for the Los Angeles Police Department, unearthing a long-buried secret that has the potential to plunge what’s left of society into chaos. His discovery leads him on a quest to find Rick Deckard (Harrison Ford), a former blade runner who’s been missing for 30 years.

Check out the trailer now!

The creators of the Jared Leto hologram were AV Concepts! Visit their site here.