I’m a huge fan of immersive experiences; so, I was geeking out to the extreme at SDCC this year. With experiences like WestWorld, Legion and Blade Runner, my weekend was turning out to be one of the best….then a tweet went out on the official Mr. Robot page saying that ‘somewhere’ in San Diego, the Bank of E was open for business. I stopped what I was doing and RAN several blocks over to see what this was all about. I’ll give you a minute to check out the video before we move any further…

What seemed to be a very well planned experience with the Bank of E and Red Wheelbarrow Barbecue restaurant turned out to be so much more. Not only were there clues scattered about each location, if you solved the puzzle, you would be led to a specific location where you’d be informed that there is yet ANOTHER location (which is the door in the video covered in all the newspapers). That location is where the experience truly becomes immersive and heaven for all Mr. Robot fans.

Once inside, your cellphone is taken from you by a man at the door. You’re then escorted down a very long hallway. You begin to approach a door, as the man remains completely silent. He opens the door and motions you inside. At this moment, it became very clear that you were living a season from Season 2 where Angela meets Whiterose. 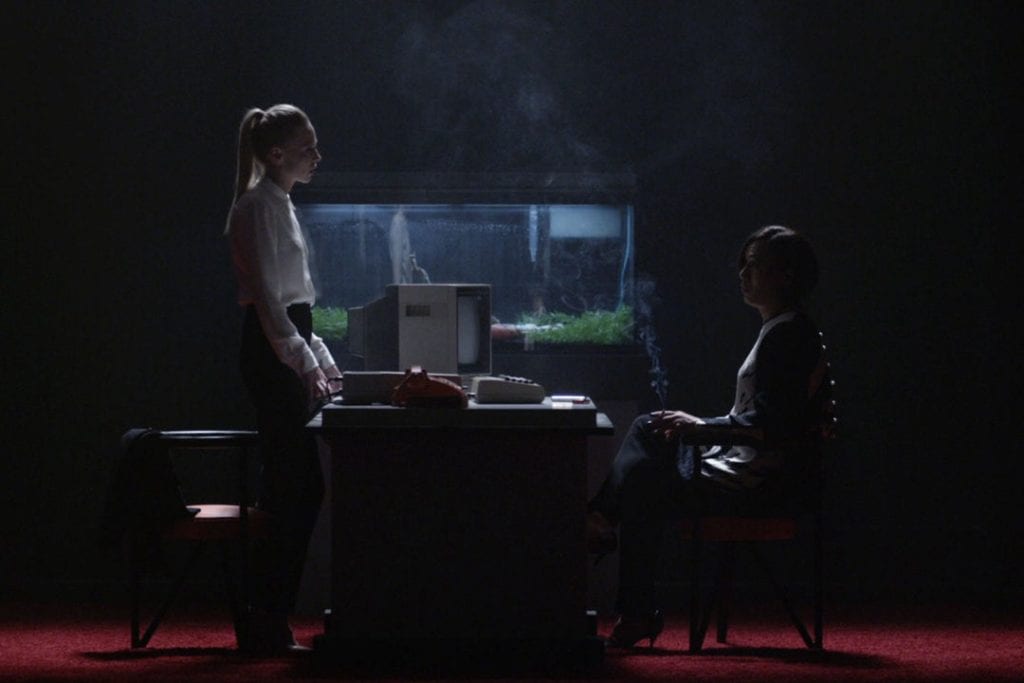 The room looks exactly as it does in this photo, except, instead of Whiterose sitting across from you is another man in a suite wearing one of the eerie Dark Army masks. 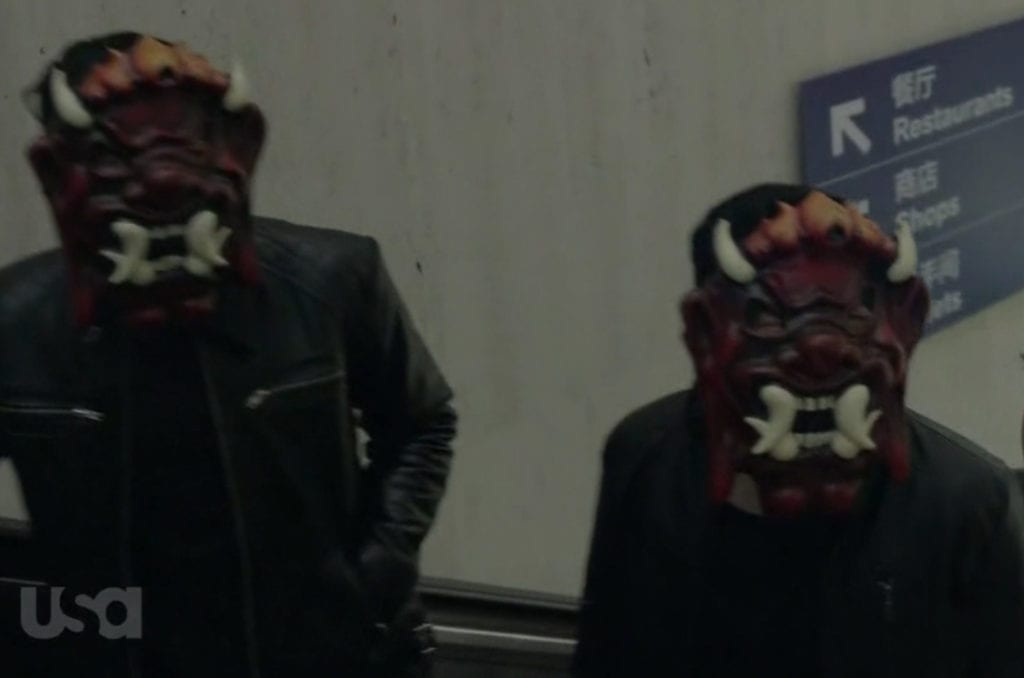 The scene plays just like it does in the show. You are asked a series of questions as the masked man behind the desk types your answers into a vintage Commodore computer. You are then asked several times if you are ‘afraid of the dark.’ Once you ‘answer correctly,’ you are handed a light switch. Once the switch is flipped, a black comes on and illuminates the wall behind the masked man. You have a few brief moments to answer one more question written on the wall (What Do All Those In Darkness Seek?), and when answered correctly (Light), a light blasts on to reveal a fish tank to your right.

The masked man then slides a confidential envelope across the table to you. He tells you you have thirty seconds. At first, I slid the envelope back to the man, thinking it was another test. But, I realized he wanted me to look inside.

Boy, am I glad I did. Inside were several photos from Season 3. In fact, there was a photo for every character. One that stood out to me was a photo of Tyrell Wellick with a massive beard.

I can’t wait for Season 3! If you missed this experience at SDCC, I’m sure there are plenty of full breakdowns of the entire experience. But, I hope mine gave you a vivid enough description to satisfy your Mr. Robot craving.