With Ant-Man and The Wasp officially in theaters, it’s time to start prepping for Captain Marvel – the next film coming to theaters on the Marvel Cinematic Universe calendar. Captain Marvel, which just recently wrapped filming, finds Brie Larson in the titular role of Carol Danvers, an Air Force pilot whose DNA is fused with an alien during an accident, resulting in superhero strength, energy projection, and flight. Joining Larson are Jude Law and Samuel L. Jackson, who is reprising his iconic MCU role as Nick Fury.

To kick of the eight-month wait to Captain Marvel, Jackson shared a fun some fun little prop pieces on his social media account including his beard, eye patch and scar, which is certainly raising some questions seeing that Captain Marvel is a period piece set in the ’90s and Fury will have both of his eyes in it. 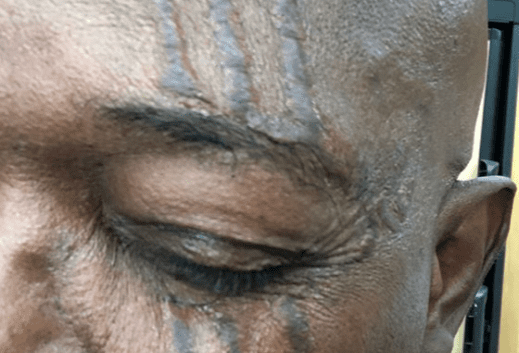 So, it’s unsure what new scenes Jackson is possibly filming as Fury, but we do know that he fell victim to Thanos’ snap in Infinity War during the mid-credits scene so he could be back in present-day Fury costume filming another post-credit scene for Captain Marvel.  What’s also interesting is the post is geo-tagged in the UK, which funny enough, is where Spider-Man: Far From Home is currently filming, so perhaps we will be seeing Fury mentoring Peter Parker after the events of the upcoming Avengers 4?

Back to the familiar, the comfortable, the lovably fierce! Loving today’s mood!#Can’tkeepagoodmandown#deliriouslyfurious

Movie buffs probably recognize Jackson’s signature phrase “Bad Mother F—er” from his role in Pulp Fiction which had the sentiment written on his character’s wallet. Jackson also had the phrase put on the hilt of his Star Wars’ character’s purple lightsaber. So, the fact that it’s technically Nick Fury’s job title is too perfect.

What do you think of Nick Fury’s badass business card? Captain Marvel opens in theaters on March 8, 2019.