The first image of the new ‘Voltron: Legendary Defender’ series has arrived! After teasing fans last month with photos of an updated logo, Netflix has finally released the first sneak peak of the popular cartoon’s robot reboot.

The original series, which aired from 1984 – 1985, was pretty much a staple show for anyone growing up during that time. The series followed five heroes who piloted robot lions which, combined together, formed Voltron, the defender of the universe.

According to USA Today’s report, the new 13 episode series, produced by DreamWorks Animation, will keep true to the classic cartoon while providing some updated and modern tweaks. Described as “giving Voltron an epic ‘Game of Thrones’ feel with some humor and upping the danger level”, it certainly sounds like the new series will not disappoint classic fans or new viewers alike.

The first footage of the streaming series is set to premiere today at WonderCon in Los Angeles so, be sure to check back for more updates as they become available.

Until then, check out the first reboot photo as well as some good ol’ classic ‘Voltron’ to help tide you over. 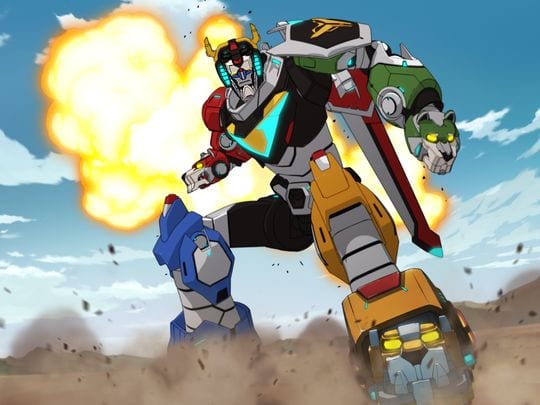 Here’s some nostalgia for the old school ‘Voltron’ fans: