Now that the 2017 Upfronts are complete, networks are starting to release trailers for their upcoming pilot seasons. Fan Fest will be watching them all and giving you the low-down on what to watch and what you should probably avoid. 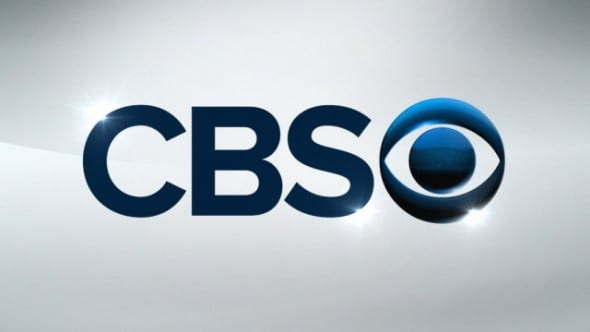 Time Slot:  Monday’s at 8:30 p.m.
Premise: After his television show is cancelled and his divorce finalized, Josh Roberts moves to New York where he ends up living in an apartment with his meddling parents on one side and his brother’s new family on the other.
Starring: Mark Feuerstein, Linda Lavin, Elliott Gould, David Walton, Liza Lapira, and Matt Murray.

Snap Judgement: This was the hardest CBS promo for me to get through. The humor is way too slap-sticky and the physical comedy is unoriginal and flat. The performances are over the top and seem to be all over the board. Based off of this trailer, I worry that the shtick of Josh’s parents always interfering and popping up will become repetitive and possibly annoying to viewers. Dave Walton, who can’t seem to beat the pilot season curse, can do so much better than this show, but having Elliot Gould and Linda Lavin on screen together could provide for some laughs.

Time Slot: Thursday’s at 10 p.m.
Premise: After a young black kid is shot during a downtown L.A. raid by a S.W.A.T. team leader, Sgt. Daniel Harrelson, “Hondo” is promoted to commander. Having grown up on the streets of L.A. creates equal amounts of conflict and promise as he is now torn between his loyalty to the streets and the militarized police walking among them.
Starring: Shemar Moore, Stephanie Sigman, Alex Russell, Jay Harrington, Lina Esco, Kenny Johnson, and Peter Onorati

Snap Judgement: Having only watched the trailer, it’s immediately clear that this show is going for poignancy and timeliness. To quote a man from the trailer – “you’re either black or blue” and it’s this premise that is going to steer Hondo’s character and the show forward. Moore looks to be giving a strong leading man performance and the action scenes seem to be well done, but I worry that this show will get lost in the shuffle of similar action shows airing in the Fall.

Snap Judgement: The concept of this show is good, but based on what they’ve given us in this first trailer I already worry about its longevity potential. The casting seems to be on point, but will the writers be able to retain the attention and adoration of audiences in all three timelines? The writing seems to be lackluster and it doesn’t appear to have much heart at first look, but Alex’s determination to come up with “the next great idea,” intersecting stories between timelines and the fact that John Laroquette’s story takes place in 2042 could give the show the boost it needs to keep an audience.

Snap Judgement: At first glance, this trailer doesn’t seem like anything special. It’s been done. It’s been successful. It’s been unsuccessful. The only reason that I put this higher on my list than S.W.A.T. was because it appears that Boreanaz is recounting a specific mission to someone, which could insinuate that the whole show is a flashback or perhaps an investigation. This framing device could be enough to keep viewers invested. The visuals look great and it’s awesome to see Bate’s Motel’s Max Thieriot back on screen as a cocky kid put under Boreanaz’s wing.

Time Slot: Premiere on CBS with remaining season on CBS All Access
Premise: Taking place a decade before Kirk and Spock, Star Trek: Discovery details the voyage of the ship of the same name through the eyes of first officer Michael Burnham, who is played by the wonderful Sonequa Martin-Green.
Starring: Sonequa Martin-Green, Michelle Yeoh, Jason Isaacs, James Frain, and Doug Jones

Snap Judgement: This was the shortest trailer from the CBS lineup by a longshot, but was still packed with a lot of promise. Having Martin-Green at the forefront of this show is a saving grace in a CBS pilot season full of leading men, and having seen her brilliant work on The Walking Dead gives audiences enough confirmation that she will be able to carry this show. One major downside to Discovery is that viewers will have to subscribe to the new CBS digital platform to watch new episodes, which could prove to be fatal to it’s ratings. However, I’m sure the visual effects, costumes, nostalgia, and music from this trailer alone will get people excited.

2. Wisdom of the Crowd

Snap Judgement: This was by far my favorite premise of the CBS lineup. It’s original, creative, and in a society that is enthralled with technological developments – it’s relevant. Piven has charisma and a backstory that will really be able to drive this series through its first season. Unfortunately, the show has a horrible name that doesn’t really stand out nor roll off the tongue. However, one watch of the trailer and you will see the potential that it has. It has a clear long-term goal, which is solving his daughter’s murder, but it will also have an episodic story each week. Think How to Get Away With Murder as an example. Wisdom of the Crowd has the right idea for a good show that could work in 2017, hopefully it has the writing and the performances to back it up.

Snap Judgement: Coming in at #1 on my list of CBS trailers is Young Sheldon and you have the last minute of the trailer to thank for it. CBS has given it a great time slot with Big Bang as it’s lead in and the whole concept certainly has a Wonder Years feel, which is definitely not a bad thing. It’s evident the writer’s know what they are doing as none of the humor in the trailer felt stale or stupid, it was witty and sharp.

My initial thought was do people want to watch a show about a nine-year-old Sheldon Cooper? However, the show is clearly going to touch on what it was like to raise someone like a nine-year-old Sheldon Cooper too, which will appeal to the older fans of Big Bang. The closing minutes of the trailer give you the heart and family dynamic that you didn’t even know you were craving. Young Sheldon looks to be a touching and funny comedy that should definitely be worth a watch.