Geeklings, a very Happy New Comic Book Day to you all! For those of you who are wondering, yes, I feel a million times better than I did last week. Sweet Jesus man, I thought I was dying. It wasn’t quite the flu but it hung around for six days and drained me completely. You want to know how sick I was? Let me put it to you this way, I didn’t read a comic book until Sunday morning. Yeah, I was that sick. It was not pleasant and thank you Geeklings for powering through last weeks Pull List as I was a bit delirious while writing it.

This week is a whole different story though, I feel like a human again, I’m fired up for my second fantasy football draft tonight, and I am seriously geeking out over those Captain Marvel photos. That suit looks siiiiiiick! Am I right? I mean, Brie Larson just looks incredible, and while I may have wanted a trailer because I’m greedy, these behind the scene photos have me pretty jazzed too. I’m already formulating theories and my biggest one is centered around the… Skrulls! That’s right, the MCU is finally introducing Skrulls to the universe and I am beside myself with excitement. Almost more excited about Skrulls than Captain Marvel…. almost. I can’t be the only one who wants a Secret Invasion movie, right? I didn’t think so.

All those things and the fact that it’s New Comic Book Day have me in a swell mood. So what do you say we quit the small talk and start the comic talk? There are books to be read! 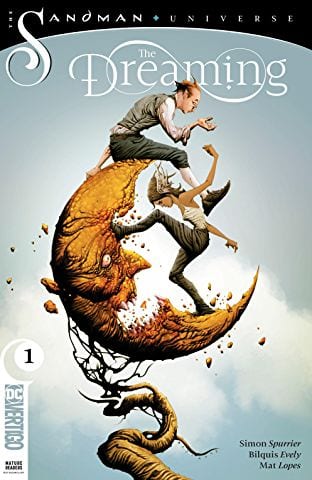 1. The Dreaming #1– About a month ago DC Vertigo released their first comic in the expansion of the Sandman Universe and it was met pretty positively. The Sandman series is beloved by just about anyone who has ever read a comic and the idea of expanding that universe seems like a bit of gamble but DC seems to be very measured and calculated with these upcoming books. The Dreaming picks up after the events the Sandman Universe #1 and finds Dream… well, he’s gone. Now suddenly his realm needs to be defended until he is found and there are all types of nasty things looking to come through the borders. The concepts behind the book all seem to fit in line with the original Sandman which makes it hard not to be excited about this book.  Curious to where this is all leading and the ramifications it will have. 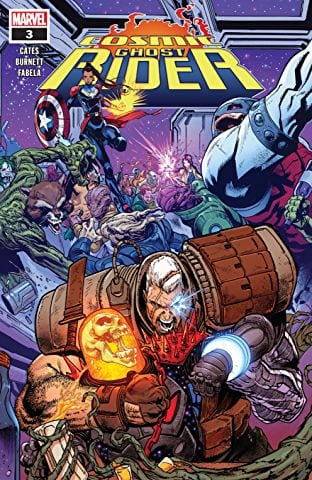 2. Cosmic Ghost Rider #3- This book is bonkers. There’s no other real way to describe it without using curse words. It’s a concept that shouldn’t work, Frank Castle as the Cosmic Ghost Rider, nah, but somehow Donny Cates has created a cult following for this character that has me wanting a bit more for this character than just a mini-series. A lot of that is due to Cates strong writing and ability to create such a far-fetched story and make it seem so plausible and awesome. No wonder he is currently one of the best writers Marvel has going. What’s happening in this issue? Well, what if I told you that the Guardians of the Galaxy from the future are here to battle Cosmic Ghost Rider? What if I also told you one of those Guardians was Howard the Duck with the power of Juggernaut? You would respond with, stop talking I need to read this! Go to it my friends. 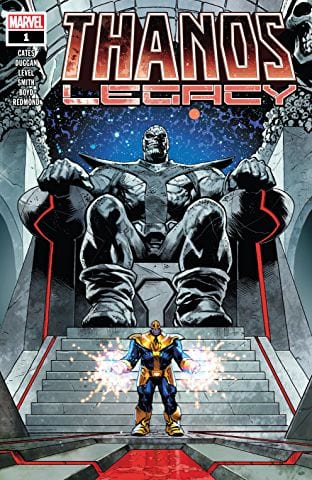 3. Thanos Legacy #1– At this point, if you see Donny Cates name on a book you should be picking it up and reading it. Coming off the massive success of his last Thanos series, Thanos Wins, which saw Thanos go to the future and see that he at some point will become king of the universe… all while owning the Hulk as a pet. The perks of being king I suppose. Those of you who have been reading Infinity Wars might wonder how that future is possible after Gamora removed Thanos’s head from his shoulders, and Thanos Legacy is here to bring you those answers. Bridging the gap between Thanos Wins and Infinity Wars, Thanos Legacy looks to continue Cates incredible run with the character. This is the series that spawned Cosmic Ghost Rider and will probably have huge ramifications on Infinity Wars. Which means you might want to read it. 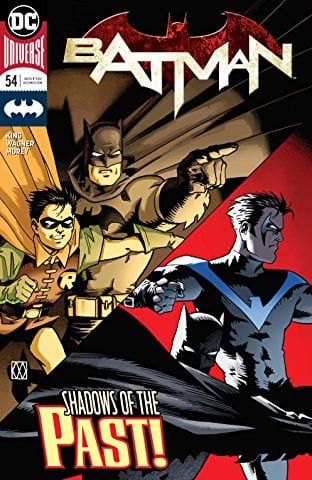 4. Batman #54- When Tom King puts out new comics those new comics end up on the Pull List. The math is easy. This issue of Batman teams Batman and Nightwing together for the first time since the whole Batman proposed to Catwoman thing, and needless to say, the two have got some stuff to talk about. King has such a tremendous ability of expanding Batman’s relationship with other characters in the DC Universe through the use of flashbacks and I expect no different from this issue. As a matter of fact, I fully anticipate this issue to hit right in the feels. Who else could possibly help pick up the pieces of Batman’s broken heart than his surrogate son? 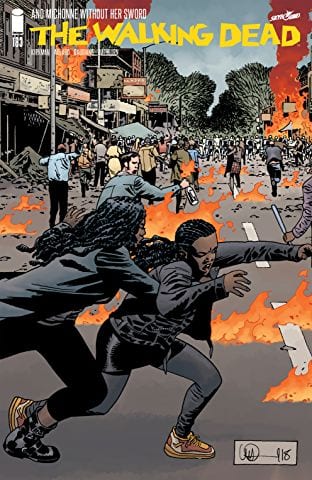 5. The Walking Dead #183- The Commonwealth is under attack. Things are in an uproar and poor Michonne doesn’t have her sword. I’m sure that won’t be a problem at all. Hoping this issue is Michonne heavy but doesn’t result in her death because I don’t feel like crying today. 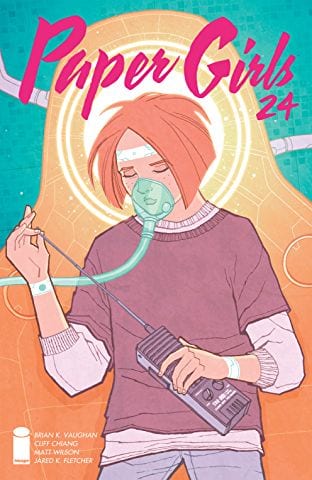 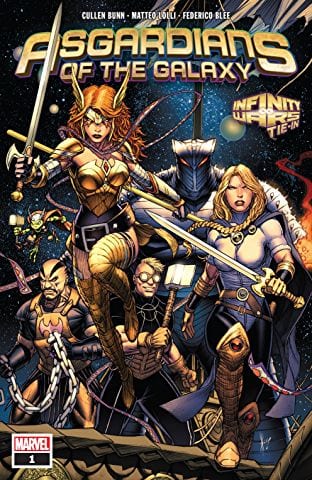 There you have it Geeklings, all the best books to get your mitts on this week. As always, if you feel like I’ve left anything off then by all means, sound off in the comments. If you’d like to talk more comics with yours truly then you can find me on the Twitter @iamgeek32. I’m always up for any and all comic talk. Now if you’ll excuse me I have some last minute prep for my fantasy football draft, got to get those sleepers! Happy reading and many huzzahs! See you all next week.