This Wednesday, Niantic kicked off their surprise Water Festival, which increases the spawn rates of all Water Pokemon. At first glance, this seems pretty standard. The chance to catch more Totodile, Squirtle and all their evolutions is nice, but many were disappointed to learn that there was no EXP or Candy bonus as well. Whether Niantic is saving that sort of event for Easter remains to be seen, but there were still some great revelations that came from this event and paired update.

Since the game began, Lapras has been one of the hardest to find Pokemon. Throw in it’s high stats and Ice-Typing, and it’s also a great answer for any of those nearby gyms loaded with Dragonites. Thankfully like the Valentine’s Day event with Chansey, this Water Festival is also affecting Rare spawns and Lapras will get a much-needed boost in spawn rates for the next week.

With the arrival of Johto Pokemon, one of the hardest new game mechanics has been finding Evolution Items such as the Metal Coat, Kings Rock, Dragon Scale, Sun Stone and Up-Grade. With such little appearance at Pokestops, fans complained that they should be awarded for completion of 7-Day Streaks. Well it looks like Niantic listened as from now on Evolutionary Items will drop upon your 7-Day Pokestop Streak Bonus.

If you want to get in style for the Water Festival, a Magikarp Hat is available for your avatar. And considering it’s Free, it’s a pretty nice item to pick up. Even if it just lasts for the event. 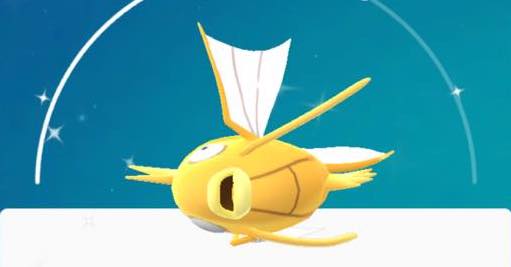 Pokemon Go’s Johto Pokemon of course come from the game’s 2nd Generation (Gold and Silver); and besides gender, day and night, and more evolutionary items (all of which Pokemon Go has now implemented), Gen 2 also introduced Shiny Pokemon. Shiny Pokemon as the name suggests were color variations of existing Pokemon. The first one a player would usually encounter happened in the game’s story at the Lake of Rage upon battling a Red Gyarados. Well Pokemon Go is keeping that tradition alive as with the start of this Water Festival, Shiny Magikarp have begun spawning and evolve into the legendary Shiny Red Gyarados!

A lot is still unknown about this as it wasn’t officially revealed by Niantic. Instead, members of the Pokemon Go Silph Road Reddit began confirming these appearances after the event started. We don’t know if this is a limited event tied to the Water Festival (like Lapras) or a new mechanic that will out last the event (like Evolutionary Items). All we know for sure is that (1) Shiny Pokemon appear normal on the ‘Nearby’ feature but will reveal their Shiny form once you tap on them for the encounter. This means that even if you are in a group of players and click on the same Magikarp, each of you have a CHANCE for it to be a shiny. Just because yours appeared shiny doesnt mean others’ will. (2) If you try to turn a Shiny Pokemon into Candy, you will get a warning so that you don’t accidentally shred your rare find. And considering the odds of finding a shiny are about 1/8000 for the main games, I’m frightened what they could be in Pokmeon Go.

As new information is discovered, this post will be updated. But for now, get out there Trainers! The Water Festival lasts until March 29th at 4pm ET.

*Special Thanks to Bryan Berkowitz and Andres Argudo from the Pokemon Go NYC Facebook Group for sharing their captures of these new Shiny Pokemon!