CBS All-Access is adding a new series to its lineup and its bringing along some popular actors from long-running series old and new! The Vampire Diaries star Paul Wesley and Parenthood alum Sam Jaeger have joined the cast of Kevin Williamson’s Tell Me a Story, which is being described as a fairy-tale inspired thriller. The two join the already casted Danielle Campbell (The Originals), Billy Magnussen (Into the Woods) and Kim Catrall (Sex and the City). 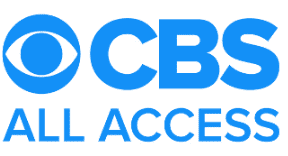 Tell Me a Story “takes the world’s most beloved fairy tales and reimagines them as a dark and twisted psychological thriller. Set in modern day New York City, the first season of this serialized drama interweaves “The Three Little Pigs,” “Little Red Riding Hood,” and “Hansel and Gretel” into an epic and subversive tale of love, loss, greed, revenge and murder.”

Wesley will be playing the role of Eddie, a drug-dealing thief whose addictions and problems go much deeper than  the tumultuous relationship he has with his brother, Mitch. The role reunites Wesley with his Vampire Diaries EP Kevin Williamson. He played the role of Stefan Salvatore for the series’ eight-season run, which recently wrapped last year and has teamed up with Pretty Little Liar’s showrunner I. Marlene King for a new Freeform series.

Jaeger will be playing Tim, a recently widowed single father who moves him and his troubled daughter Kayla (Campbell) to NYC to live with his mother (Cattrall). He is most known for his role as Joel Graham on NBC’s Parenthood, which ran from 2010-2015, but he recently has appeared in NBC’s Law & Order True Crime: The Menendez Murders, Rise, as well as a recent guest-starring spot on The Handmaid’s Tale.

CBS All-Access gave Tell Me a Story a straight to series order where Williamson will executive produce and Liz Friedlander will direct the first two episodes. There is currently no premiere date on the calendar.