It feels like just yesterday I was writing a review for last weeks episode (*ahem*). Where does the time go? With only two episodes left in the season it’s about time we head toward the finish line, and see where this war with the Neos is going. When we last left off Donnie was still in prison but hadn’t been stabbed by a toothbrush knife, Cos was on her way to Monster Island, and Sarah had just given up some stem cells to be researched. Not to mention MK is back in the thick of things and Alison is totally rocking that community theater stage. Where do we go from here?

Well according to this trailer we get… the return of Helena! Finally! Where the hell have you been gurl?! I said in the review from last week that Helena’s frozen babies might be the best way to find the cure, and I suspect that something with Sarah’s samples could go wrong. I’m not saying that Susan will try and sabotage them, I’m just going based off the general idea that science is a bitch (was never my strongest subject in school and yes I’m still bitter. What?!). The return of Helena is exciting but due to the fact that I have a tough time figuring out how much time has passed this season I’m not sure how long she’s been gone for. A month? A few weeks? Who knows for sure (the show creators, duh) but is there anyone else hoping that she shares a scene with MK? Could be gold.

Sarah and Felix will be working with Rachel and Ira in a marriage that is sure to combust in the worst way possible. I want to say the last time Felix saw Rachel he was harassing her for answers (post surgery), and there’s a general dislike between Sarah and her which is me putting that midly. Throw in a Castor clone and chances are this relationship won’t work out they way it was planned. I don’t care how much they want Evie Cho gone. Plus Rachel is still struggling with that pesky eye problem where she’s seeing digital swans and random old dudes in the cyber eye. I’m very curious to what that’s about and I want to say that someone is trying to send her a message. Is it possible that Professor Duncan (the dad version) isn’t dead? Probably not, but it could be someone closely related to him trying to get Rachel to join a new team. There seems to be history related answers in her visions and hopefully we can get some of them before the season finale. 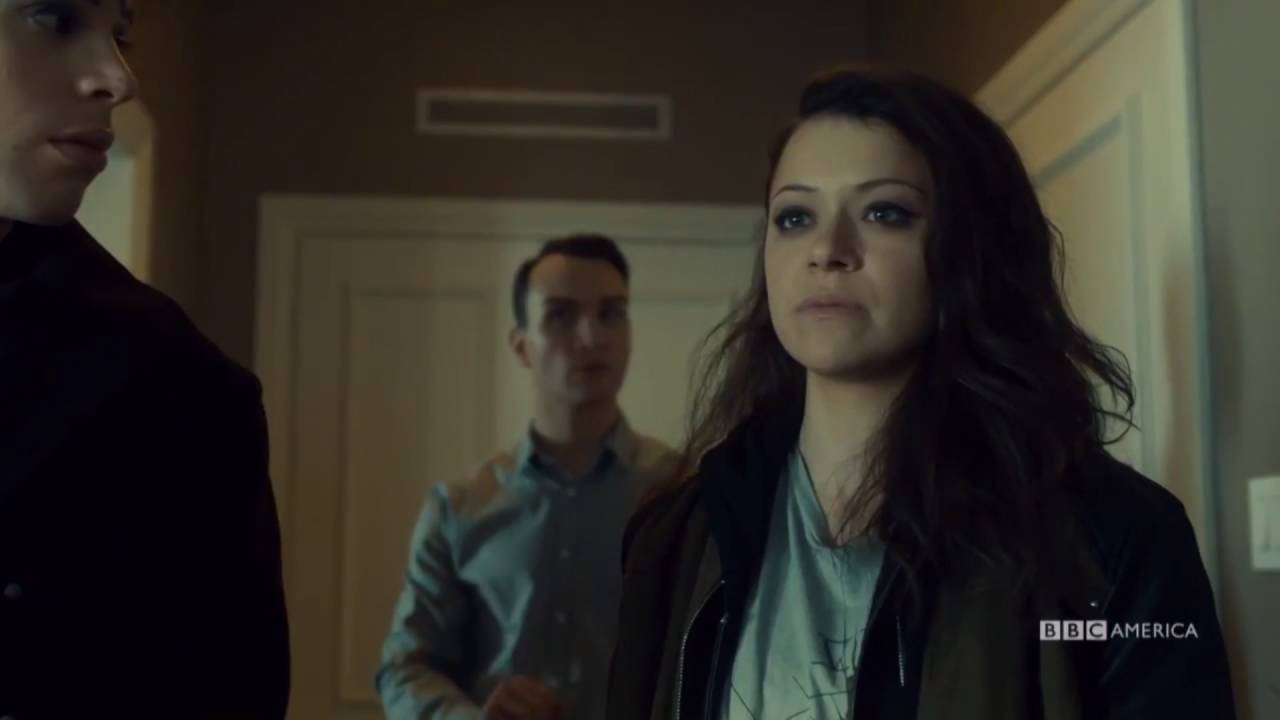 If this trailer is any indication then Donnie will find himself a free man or at the very least a man out on bail. I’m looking forward to see how prison has made Donnie a “changed man”. Although his comfort doesn’t look like it’s going to last too long as Alison is going to find him tied up at some point. These Neos just won’t quit bothering the Hendrix family. Come on guys, Alison really needs to focus on rehearsal! Jeez louise!

MK is sick too and that makes me sad as I’m starting to become convinced that this show is looking to kill off my favorite characters or at least tease it… constantly. I have feelings you know. Based off of what we know of MK (which I suppose isn’t a whole lot) she’s not very free with the info so there’s a good chance that the Clone Club won’t know what’s going on with her until it’s too late. I mean, does anyone even know where she lives? Maybe Ghost Beth could let Sarah know.

Lots of story threads to be tied up with two episodes to go but Orphan Black seems up to the task. I don’t expect the Delphine mystery to be solved until the finale but tomorrow night we might be getting some answers before we get more questions. How could there be a season five if there aren’t new questions?