Funko announced that the figure will be exclusive to GameStop. With his odradek, signature strand, and Bridge Baby (BB), he’s ready to connect your home to the chiral network. The collectible figure measures 3.75 inches tall. 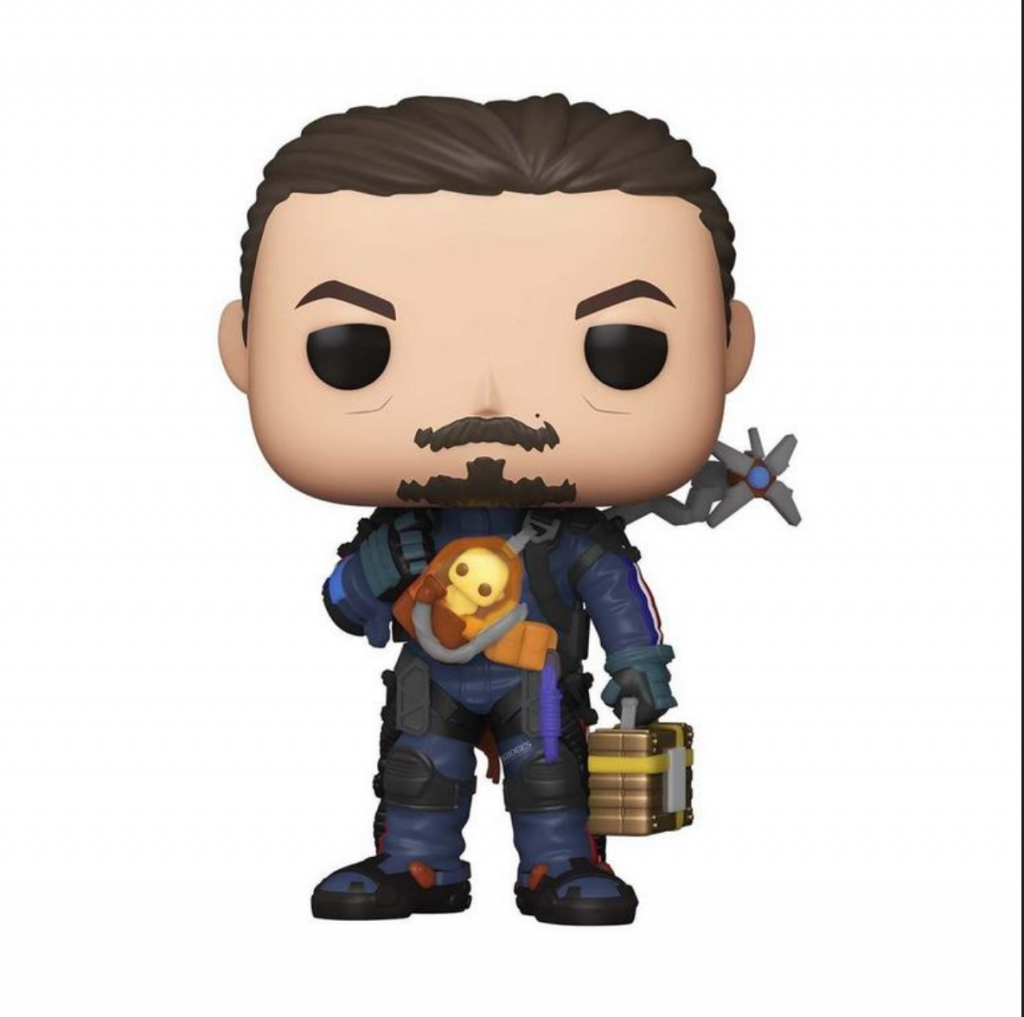 Death Stranding is an action game developed by Kojima Productions. It is the first game from director Hideo Kojima and Kojima Productions after their split from Konami in 2015. It was released by Sony Interactive Entertainment for the PlayStation 4 on November 8, 2019, and by 505 Games for Windows on July 14th, 2020.

Death Stranding was nominated for a number of awards, and received generally favorable reviews, with critics praising its voice acting, soundtrack, and visuals, but were polarized regarding its gameplay and story. It was nominated nine times at the Game Awards 2019, more than any other game that year. It would go on to win three, including Best Game Direction, Best Score/Music, and Best Performance (awarded to Mads Mikkelsen). In early 2020, numerous commentators noted that elements of the game resembled the COVID-19 pandemic.