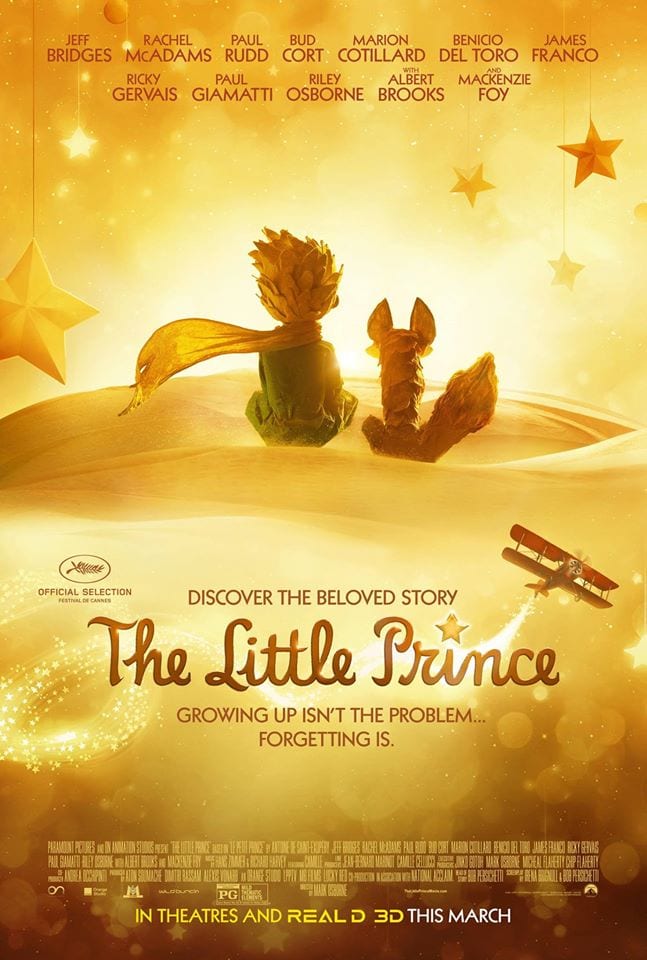 Just days before the film’s scheduled US release (which should have been today), Paramount Pictures unexpectedly dropped the rights to release ‘The Little Prince’ in theaters. While there has been no word as to why Paramount Pictures dropped the film, we were happy to hear that Netflix will be picking up the domestic rights and it is now expected to be released later this year on the streaming service.

The animated film, based on the beloved classic children’s book by author Antoine de Saint-Exupery, had premiered at the Cannes Film Festival last May and has been doing wonderfully in many international markets. The film has received much praise and has even been awarded France’s Cesar Award for best animated film.

Check out the trailer for ‘The Little Prince’. Are you excited to see this beloved masterpiece brought to life?