Mutant Year Zero: Road to Eden developed by The Bearded Ladies and published by Funcom is a complex, challenging, and thought-provoking strategy game littered with interesting characters and chaotic firefights.

Set in the distant future, humanity as we know it has been wiped out. Human negligence led to a serious of catastrophic events, culminating in a plague which wiped out those who remained. Now, only The Ark remains. Located high above the decimated Earth and run by a mysterious man known as The Elder, The Ark serves as the only bastion of life in a long-ago abandoned Earth.

On The Ark, mutant and humans live together. The strongest mutants serve as adventurers, known as Stalkers, who leave The Ark to gather supplies and to fight the ghouls and radiated enemies who now control the devastated land below The Ark.

Of the Stalkers, Dux and Bormin – the characters you begin the game with – are known as the elite.  The Elder sends the duo on a special mission to find Hammon, the Lead Gearhead of The Ark, and the only man who knows how to keep the intricate machines of The Ark running. Hammon had left on a mission three nights prior and had yet to return.  Hammon had left to find Eden – known as a fairy tale to the mutants of The Ark – where people were said to be happy and healthy. The Elder feared the worst had happened.

At its core Mutant Year Zero: Road to Eden is a strategy game. You take control of Dux and Bormin, and later a more robust selection of mutants, as they traverse a barren wasteland on their mission to find Hammon.

Players can choose between normal, hard, or very hard modes. Normal mode is set up for those new to tactical games and allows the Stalkers to regenerate all their health in-between fights and resets all skill cool downs. Hard sees the Stalkers regaining only 50% of their health with no skill cool down resets, and very hard has no health regeneration between fights. There is also an option to turn on permadeath in any of the difficulty modes. This setting, known as Iron Mutant, also does not allow the player to manually save.

Mutant Year Zero is hard no matter what difficulty players choose. Even on normal players will quickly be overwhelmed if they do not swiftly learn how to sneak and take out enemies silently. Any attempt to run and gun, even when you may be leveled-up well past the enemies you are fighting, will almost certainly lead to a quick death.

Combat is turned based with each character having a set amount of action points they can spend. These points are used to move, reload, use health kits, revive downed teammates, use mutations, or to shoot. Players must strategize each move as there is no point in running into a firefight if you didn’t think to reload your gun before you moved into position.

Mutant Year Zero emphasizes stealth over run and gun. There are multiple ways to even a fight without having to attack a large group head on. I found myself thrilled with each take down I made without alerting other enemies. I snuck around in the shadows, tackled enemies using Bormin’s mutation which knocks them out for two turns, and then finished them off using silenced weapons. This remained satisfying throughout the game.

As you traverse the world, you’ll find piles of scrap, artifacts – remnants of our life which the mutants have no idea about and speak about in humourous ways, – and broken weapons. These can all be used to barter with various merchants inside The Ark.

The scrap is used at Iridia’s Shop as currency to purchase new weapons, grenades, armor, medkits, etc. Although very few of these items need to be purchased as long as you painstakingly scour each area for secrets. The artifacts can be traded to Pripp at Pripp’s Place, a bar where Pripp will give you various boosts to your stats in exchange for the items. The broken weapon parts can be used at Delta’s Fix Pit to upgrade your inventory. Delta’s Fix Pit also allows you to add various sights and damage modifiers to your weapon or to scrap weapons for more parts.

Stalkers level up quickly, normally after each encounter, with each level up granting points which can be used to upgrade your health, skills, or mutations. 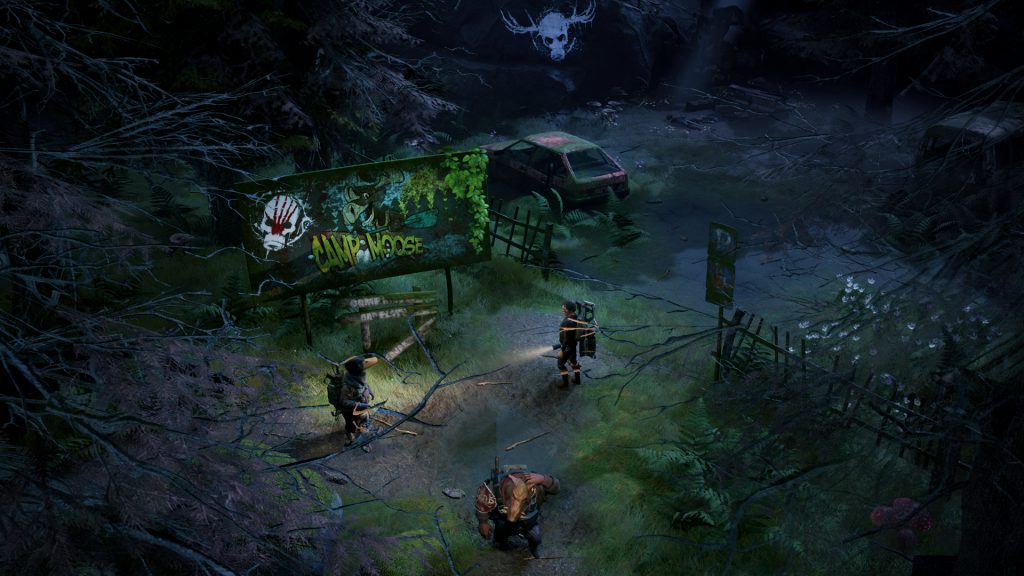 There are three different types of mutations: Major, Minor, and Passive. Passive mutations are permanent upgrades to various aspects of your character while Major and Minor mutations are skills involving cooldown timers. These skills are invaluable to completing the game.

You are provided with a map which can be used to fast travel between The Ark and any previously discovered area. This is helpful, especially when you may stumble into an area too high level for you – marked with a red skull over the enemies – and want to head back to somewhere safer and return once you’ve leveled up a bit.

Mutant Year Zero does a good job in balancing the gameplay. If you complete each area open to you before moving on to the next required story mission, then you should always be at a decent level to progress. If you tried to rush the story mode you will almost certainly get overwhelmed, especially in the last few areas of the story. My recommendation is to take your time and explore every nook and cranny of the world and don’t get upset if you encounter areas that are a bit too hard – there is a huge sense of accomplishment gained by eventually heading back into those areas and taking out the previously insurmountable odds.

I greatly enjoyed my time with Mutant Year Zero. I’ll admit that – at first – I was turned off by the difficulty. I’m sure it has to do with my lack of knowledge about strategy games, but I spent the first couple of hours dying more than progressing. After a while something clicked, and I began to understand what Mutant Year Zero expected of me. After that I had a great experience and found myself eager to head into my next play session.

Do yourself a favor and check out Mutant Year Zero, even if you’re not a huge fan of strategy games. The characters are interesting, the story is thought-provoking, and the combat is fresh and exciting.

Mutant Year Zero: Road to Eden is available now on the Nintendo Switch and PC for $44.99 or $34.99. Thanks to The Bearded Ladies and Funcom for provided a review code for Fan Fest News.