Michael B. Jordan is living in an era of nerd culture, and the best part about it is that he is proud to be a part of it. Recently, Michael starred in Marvel’s Black Panther as the main antagonist in the film.

Despite playing the bad guy, one who has a a complete disregard for traditions and rules, Jordan has respect for his first pop culture loves, which are anime’s like Dragon Ball Z and Naruto.

Recently, Twitter user threw out a comment which not only misrepresented Jordan’s height but they also picked on his love for anime. 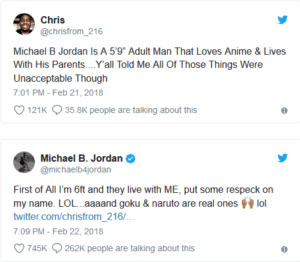 This conversation comes as quite an amusing one, as hard core Dragon Ball Z fans have made several comparisons between his suit in Black Panther to that of some of our favorite Super Saiyan. Fun fact, Jordan is not the only celebrity that has professed a love for Dragon Ball Z, in the past Ronda Rousey also confessed her love for the series as well.

I mean, we aren’t saying that Killmonger’s costume is an exact replica of Vegeta’s, but fans all across Twitter having been tweeting excitedly with their comparisons. 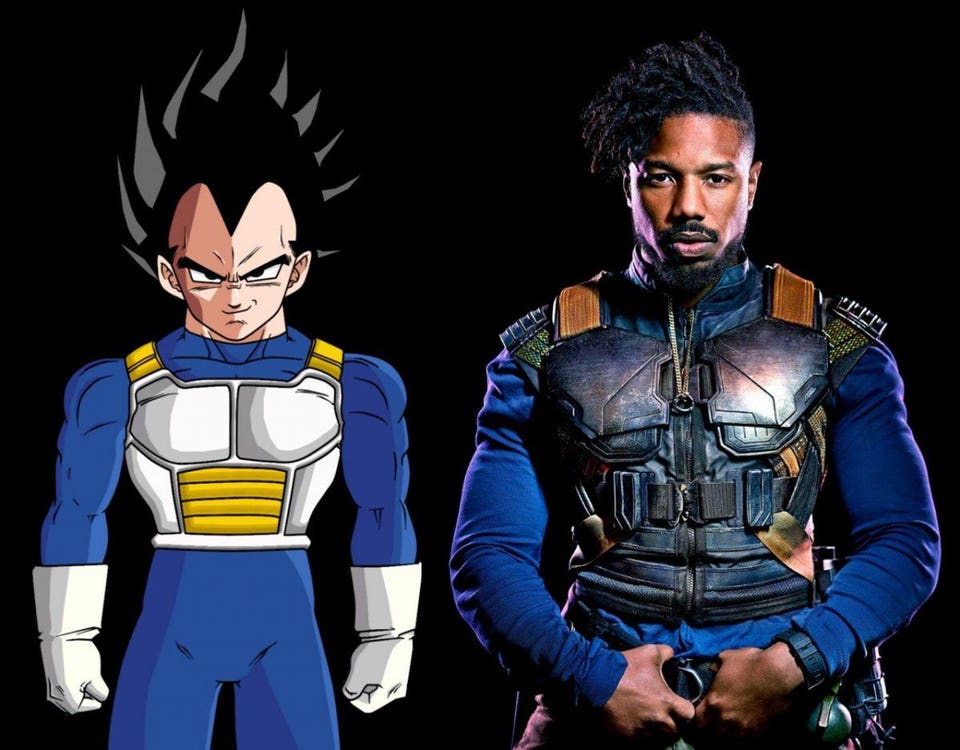 This was actually not the first time that Jordan has talked about his love for anime, in a 2014 PopSugar video during the press tour for his role in the comedy That Awkward Moment Jordan writes down that anime is his guilty pleasure, only to jokingly scribble it out and write “women” instead.

Black Panther is now in theaters.

Michael B. Jordan Aims to ‘Burn It All (Again) in Fahrenheit 451 Trailer

Michael B. Jordan is Directing a New Movie, So Buy Us a Ticket Right Now

Michael B. Jordan Has a Superhero Show Coming to Netflix