McCartney, known for his popular song ‘Beautiful Soul’, was seen on last night’s Blood in the Streets episode of Fear the Walking Dead and his soul was far from beautiful. I know that the Dead universe has done A LOT of unexpected things… but that was a totally unexpected and, a pretty awesome cameo! 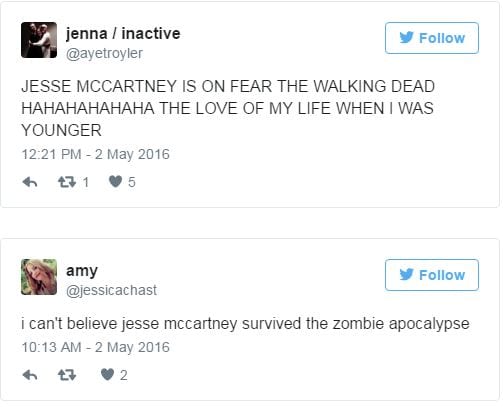 If you missed Jesse’s debut in the episode, check out the clip below.

Fear the Walking Dead will return Sunday at 9 PM ET on AMC, with the episode ‘Captive’.