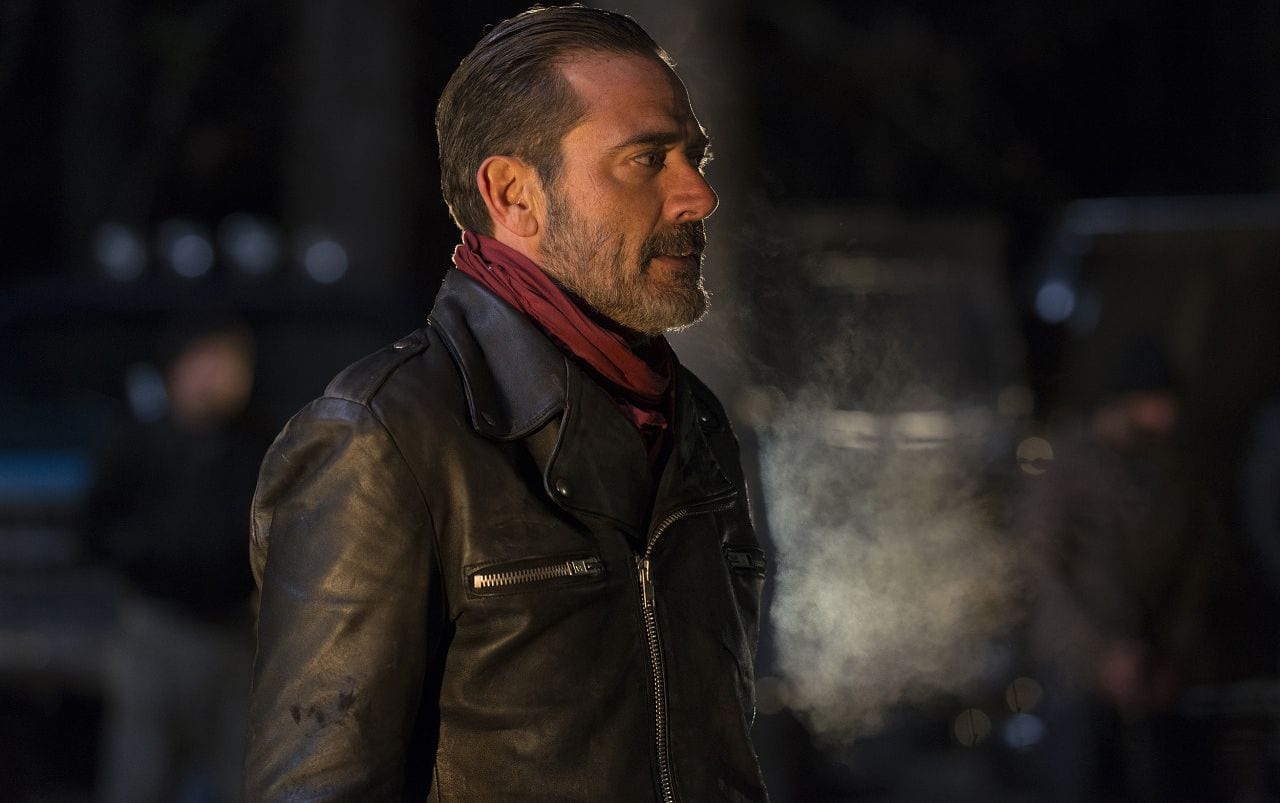 Jeffrey Dean Morgan is no stranger to playing villainous characters, but it appears that playing Negan is the actor’s most delightful experience.

During his panel at Denver Comic Con this weekend, Morgan divulged that he is “having more fun playing Negan than any other character he’s ever played and that he loves how twisted he is.”

“What I have found is the more laughing I do on-set, the madder Andrew Lincoln gets, which gives me great pleasure.“

He also expressed his desire to return to Supernatural, in which he played John Winchester, before the series came to an end and wanting to be directed by his on-screen son, Jensen Ackles. Check out some photos of Morgan at Denver Comic Con below, including one of him high-fiving his son, Gus!

Who else would like to see Jeffrey return to Supernatural? Tell us: Which one of his roles is your favorite?