We have seen our first glimpse of Negan, played by Jeffrey Dean Morgan, in the trailer, we have heard his villainous voice. But now we see one of the first photos of his deadly Lucille. 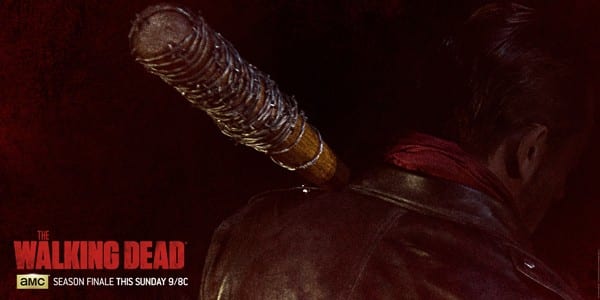 It’s Negan and his bat, Lucille,, wrapped in barbed-wire and we are all pretty positive it will mean the end for one of our beloveds from Rick’s crew during the season finale.

One thing is for sure, none of us are ready for Negan.