How Sweet it is to Throw Littlefinger Against a Wall

If you recall back in season 1, Littlefinger chooses to hide Catelyn in a brothel in order to keep her visit to King’s Landing under wraps. Well, Ned Stark was not too keen on this and pinned Littlefinger to the wall the first chance he got. Fast forward to season 7 when Littlefinger continues to be his smarmy self by telling Jon that he loves Sansa and you get a pretty spot on repeat and it’s glorious.

Arya Reunites with Nymeria and You Try Not to Cry

Arya had to send Nymeria away at the beginning of season 1 after she bit Joffrey’s arm. That was the last time that we see Nymeria her until “Stormborn” when she and her pack find Arya while on her way back to Winterfell. It’s very poetic that these two would meet again when Arya is on her way home to reunite with her own pack. Winterfell was the last place they saw each other and hopefully, it won’t be the last. 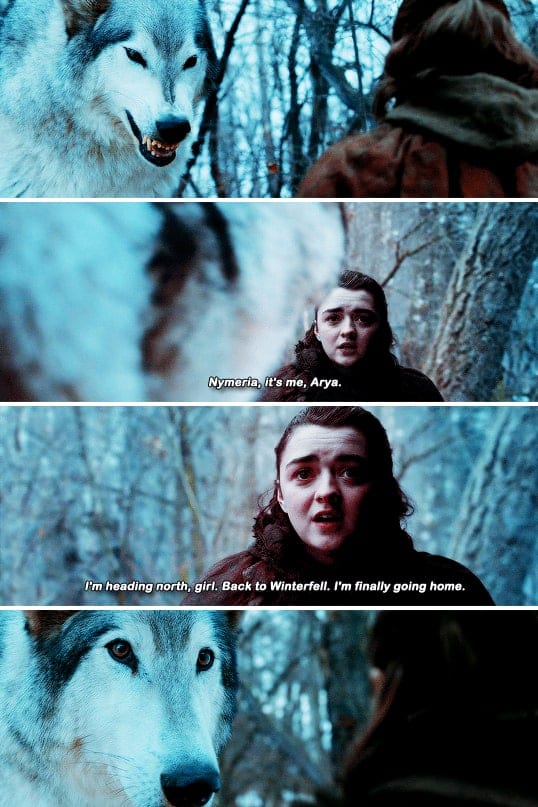 Another callback from the Nymeria scene brings us way back to the fourth Season 1 Episode 4 when Ned tells Arya that her future will entail a husband who is a high lord and many sons who will be princes and lords and knights. She simply responds to him “that’s not me.” In season 7, when Nymeria rejects Arya’s plea to come with her to Winterfell, she realizes that much like she couldn’t be told what to do with her life neither could Nymeria.

D.B. Weiss explained “Arya’s not domesticated, and it makes total sense that her wolf wouldn’t be either. Once the wolf walks away, at first she’s heartbroken to have come this close, and then she realizes the wolf is doing exactly what she would do if she were that wolf.”

Hopefully, when Arya finds her way back to Winterfell she will be able to adjust to that life after her many years of being ‘wild’ as well. 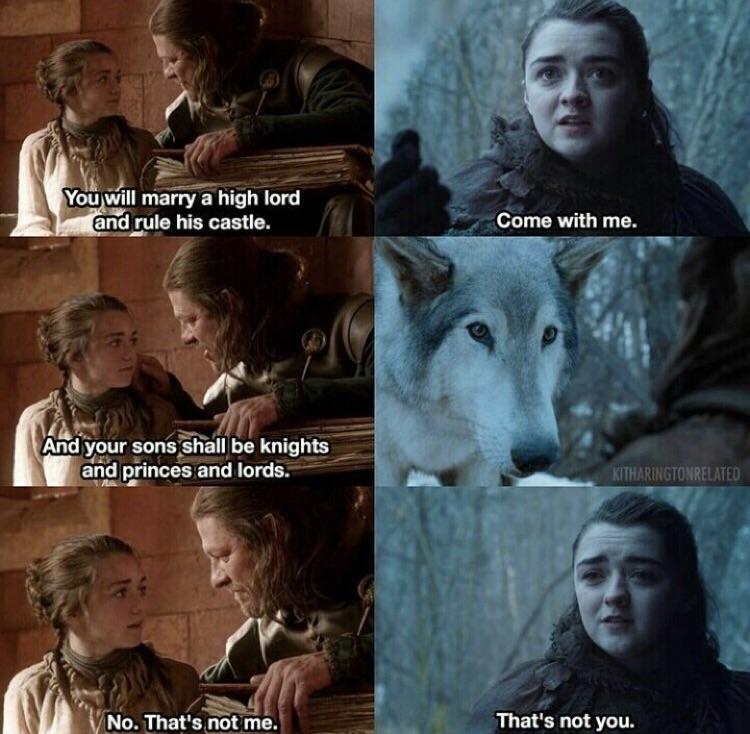 In Their Father’s Eyes

In the pilot episode, Tyrion tells Jon that he needs to wear his weaknesses like armor so they can’t be used against him. When Jon asks what Tyrion knows about being a bastard he responds by saying “All dwarves are bastards in their father’s eyes.” In “Stormborn” Tyrion uses this phrase as a way to tell Jon that it really is him inviting him to Dragonstone. 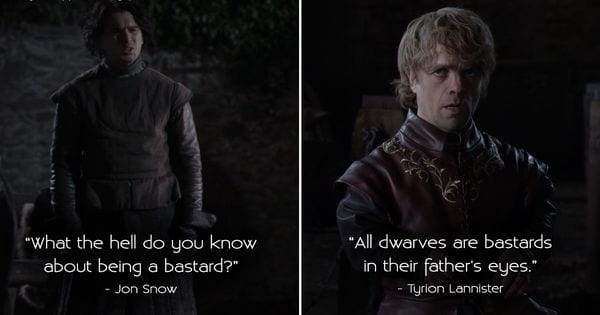 O’ Brother Where Art Thou?

There were actually a couple of callbacks to Dany’s brother Viserys this episode. If you recall he was the one that married Dany off to the Dothraki to put into motion his plan to sit on the Iron Throne. Well, he obviously died while Dany continued his mission with a more gentler approach. That hasn’t stopped the parallels to season 1 Viserys from showing this week though. I do not miss that asshole.

A Stark in Winterfell

In a touching moment this past week, Jon puts Sansa in charge of the North while he heads to Dragonstone. With her pure Stark status in the back of her mind and ever since the Battle of the Bastards, Sansa has quietly started to feel more entitled to rule the North and sees this as him giving her that opportunity. However, Jon leaving Sansa in charge is also a good callback to Catelyn’s command from Season 1 that there should always be a Stark in Winterfell. Robb also says the same thing to Bran when he leaves him in charge.

The Death That Started It All

This week the Archmaester tells Sam at the Citadel that he is writing something called “Chronicle of the Wars Following the Death of King Robert the First”, which, as you will recall is the event that kicked off the actual game of thrones back in Season 1, Episode 7.

Sam also tells him that perhaps he should name it something “a little more poetic” which could lead to the most meta reference to end all meta references. 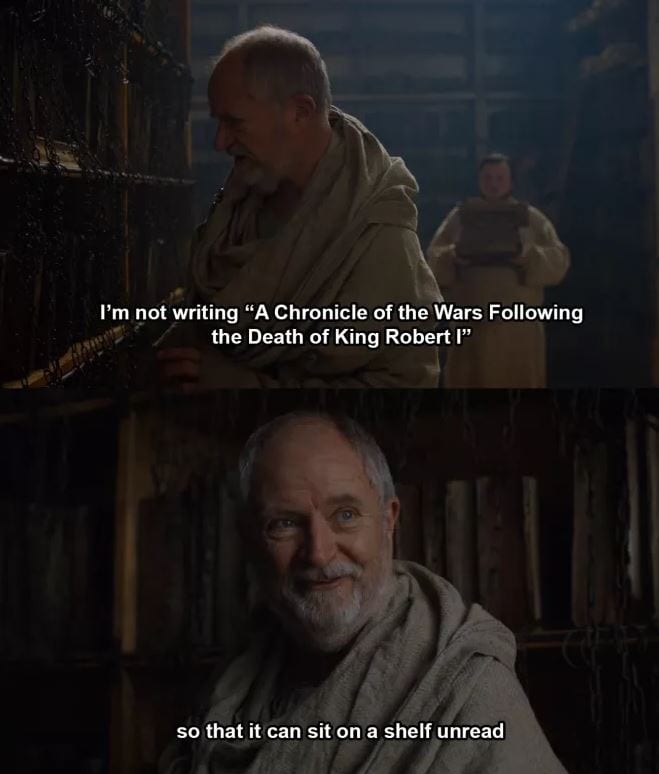 Home » Featured » How Many of These Season 1 Callbacks Did You Catch on ‘Game of Thrones’ This Week?