When an episode of a show gets leaked it’s technically not a huge deal. Unless that show is Game of Thrones, then it’s a massive deal. Watching Game of Thrones on Sunday night alongside millions of other fans is almost a culture of the show. So, when this coming Sunday’s penultimate episode leaked online, fans were freaking out. Some were excited to see the show a few days early while others are desperately trying to avoid any type of spoilers. 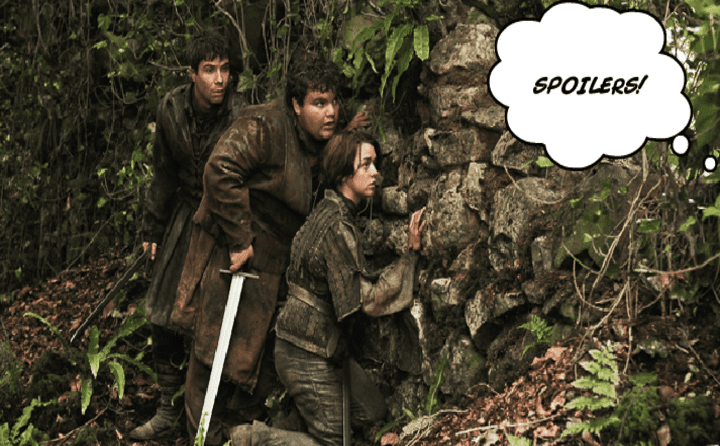 So, fans have taken to Twitter in an attempt to distract themselves from actually reading real spoilers by using the hashtag #FakeGameOfThronesSpoilers.

The hashtag has been around for a while, but clearly Game of Thrones fans needed some sort of outlet to pass the time until Sunday comes around, so it recently started trending on Twitter again.

Here are some of the best tweets so far!

White Walkers just wanted to challenge someone to a dance battle. #FakeGameOfThronesSpoilers pic.twitter.com/7ULM8ASfcU

It’s actually about to be summer #FakeGameOfThronesSpoilers

Bronn gets tired of waiting for his castle and just steals the Iron Throne when nobody is looking. #FakeGameOfThronesSpoilers

It was all Ned Stark’s dream. #FakeGameOfThronesSpoilers

Jon Snow hugs the Night King
Melting the ice around his heart
And the people of Whoville cheered#FakeGameOfThronesSpoilers pic.twitter.com/EevWQl6hWz

The dragons are just dressed up kittens.

Sadly Khaleesi is just the mother of dressed up kittens.