This past Tuesday began previews for Harry Potter and the Cursed Child with Part 1 and today debuted Part 2.

The format of Cursed Child is that it is told in 2 consecutive parts. Part 2 picks up right where Part 1 left off, but because the story is so grand, it needed to split into “2 shows.”  You can see both parts in one day, but keep in mind that each part is about 2 and a half hours long. 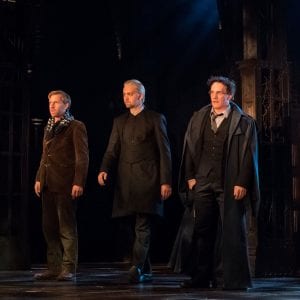 And again, J.K. Rowling asks that we #KeepTheSecrets and not spoil the story for others. #DontBeWormtail

Most of the reactions to Part 1 were very positive! Actually, the only negative remark was that fans could only see the production once and all they wanted to do was relive the experience over and over again.

Harry Potter and the Cursed Child previews will run until July 29, 2016. The official opening of the show is July 30th, 2016 and for those  unable to make it to London, Cursed Child is being published as a book to be released July 31st.