Guardians of the Galaxy hit Marvel fans and everybody else…for that matter-like a ton of bricks when it premiered on August 1st 2014, and that has a lot to do with how fun it was.

Well, we know now that the fun really is organic! On a panel during Heroes & Villains Fan Fest San Jose Saturday, stars of the films Sean Gunn, Chris Sullivan (This Is Us) and Steve Agee had a Ravager reunion! Sullivan explained that director James Gunn runs the ship in a very positive and fun way.

I don’t want to say it’s fast and loose, but it’s enjoyable. It feels like people are having more fun than they should be having on a 200 million dollar film.

“On set, it feels like @JamesGunn is having fun, and we’re all having fun. It feels like is having more fun than you should have on a $200 million film” @SullivanTweet #HVFF San Jose pic.twitter.com/NlhjyOHw9y 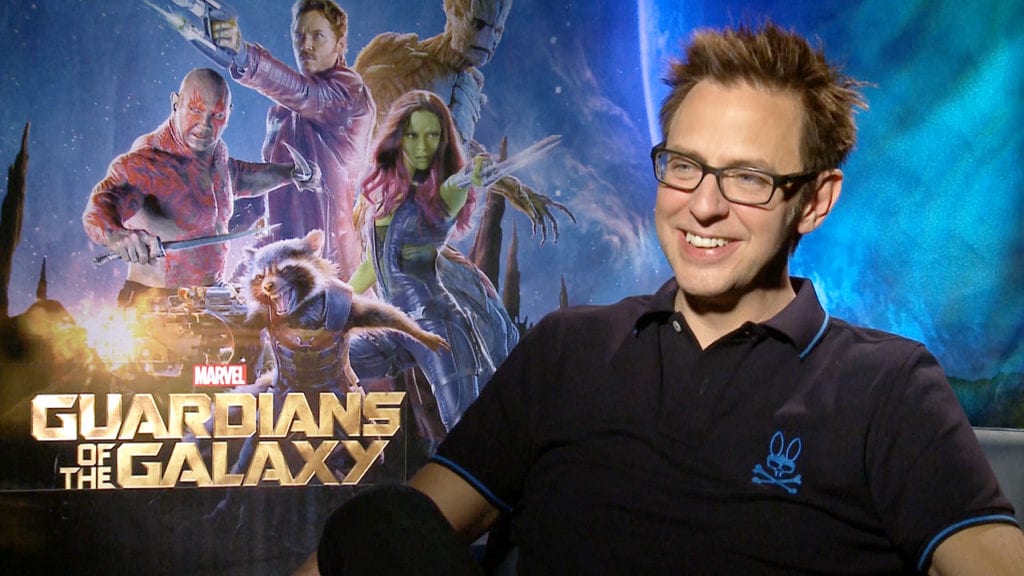 Sullivan jokes, but we are so happy to hear that! It makes the movies that much better to know that all the feelings are genuine.

The three also discussed their shaving requirements (AKA stop shaving for Steve) and how to help with beard itchiness!

Too funny! @steveagee and @seangunn talk about itchy beards versus the extensive make up @SullivanTweet had in Guardians of the Galaxy #HVFF San Jose pic.twitter.com/nsAcfYR4eg

Another secret? Chris Sullivan kept his taserface makeup pinned to a board, and keeps it under his parents’ bed. Too funny!

“I kept my make up!” @SullivanTweet talks about his prosthetics, which are now under his parents bed… #HVFF San Jose pic.twitter.com/0MIXI2w9H8

James Gunn Teases Release Date for ‘Guardians of the Galaxy 3’

Michael Rooker Takes a Snooze in this Hilarious ‘Guardians of the Galaxy: Vol 2’ Blooper