Game of Thrones author and creator George R. R. Martin will be bringing another one of his literary masterpieces to the small screen!  Martin will be teaming up with writer Jeff Buhler (Jacob’s Ladder) in order to transform his short story novella Nightflyers into a series for Syfy.

The basic plot of Nightflyers is as follows:

Set in the future on the eve of Earth’s destruction, a crew of explorers journey on the most advanced ship in the galaxy, The Nightflyer, to intercept a mysterious alien spacecraft that might hold the key to their survival. As the crew nears their destination, they discover that the ship’s artificial intelligence and never-seen captain may be steering them into deadly and unspeakable horrors deep in the dark reaches of space.

Due to his overall deal with HBO and his involvement in working on the potential Game of Thrones spinoffs, Martin will not be directly involved with production.  Instead, Buhler will take on the task of writing the script and also executive producing alone with Gene Klein (Suits), David Bartis (Mr. and Mrs. Smith) and Doug Liman (Suits) of Hypnotic; Alison Rosenzweig and Michael Gaeta (Jacob’s Ladder) of Gaeta Rosenzweig Films; and Lloyd Ivan Miller and Alice P. Neuhauser of Lloyd Ivan Miller Productions. Robert Jaffe (who also wrote the 1987 feature film version based on Martin’s novel), is set as a producer.

Originally published by Martin in 1980, Nightflyers won Japan’s Seiun Award for best foreign-language short story of the year in 1983. It was published again in 1985 as part of a short-story collection before being adapted for the big-screen where it grossed $1.2 million domestically.

Martin’s best-selling anthology Wild Cards is also in development at Universal Cable Productions, though a network is not yet attached.

Check out the poster for the original Nightflyers film below. Do you remember the 1987 film?  Are you excited to see another one of George R. R. Martin’s literary works come to the small screen?  Let us know your thoughts in the comment section below! 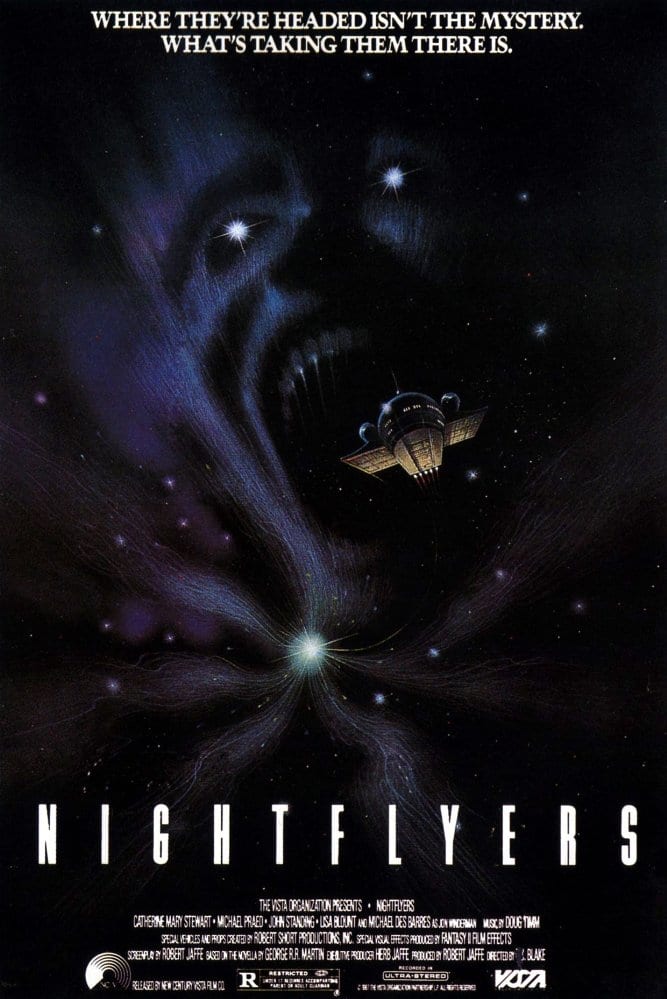