Gather ’round True Americans, the final season of New Girl is just a few short months away and we’ve got all of the details you’ll need to prepare to say goodbye to your favorite group of LA loft-dwellers! 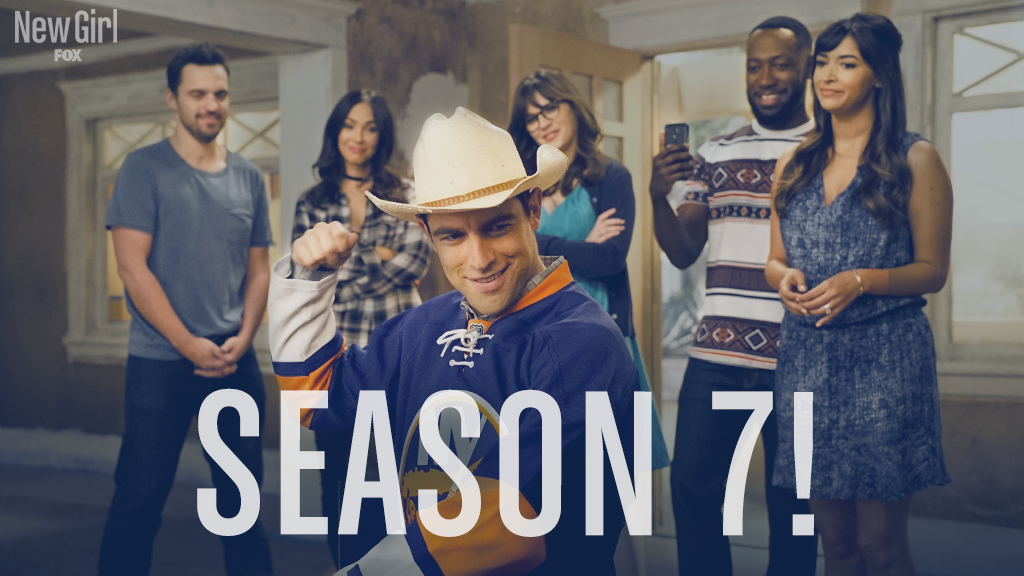 When will season 7 Premiere?

The final season will begin on Tuesday, April 10 at 9:30 p.m. and will run uninterrupted for six weeks, leading up to the two-part, one-hour series finale on Tuesday, May 15 at 9:00 p.m. One of those Tuesdays will feature two episodes back to back, solidifying the promised eight-episode conclusion.

Where did the New Girl leave off?

The season 6 finale put the final leg in the Nick and Jess love saga when Jess once again revealed her true feelings for her roommate/friend/ex. Cece and Schmidt are expecting a baby, which is going to be the cutest thing ever and Winston and Aly got engaged!

What’s this about a time jump?
*minor spoilers*

It’s true, the final season will kick off with a three-year time jump into the future. If you don’t want to know what’s going on with your favorite loft mates, skip on to the next bullet point!

Nick and Jess, who are still together, will be returning to the city from a European book tour, but things may get a little interesting when Jess decides to take a job working for her ex-boyfriend Russell. Cece is a badass working mom, leaving Schmidt to stay home and take care of their daughter Ruth, which is bound to be hilarious, and Winston and Aly are expecting! So, it seems that the final season is going to be full of feel-good and touching moments with a side of ridiculous antics, which is exactly what we need!

Will there be any more familiar faces?

Absolutely! A ton of popular guest stars of the past will be returning such as Damon Wayans, Jr., Dermot Mulroney, David Walton, Nelson Franklin, Sam Richardson, Jamie Lee Curtis, and Rob Reiner.

Should Fox have to put a dollar in the Douchebag Jar for canceling New Girl?

Are you ready for the final season of New Girl? What are you most looking forward to? Don’t forget to tune into Fox on April 10th!