We’re all familiar with the story of Amelia Earhart and the flight that took the life of a leading women’s rights role model and incredibly talented aviator. Her final flight, until now, was widely believed to have taken her life, along with the life of her navigator Fred Noonan.

A former executive assistant director of the FBI, Shawn Henry, teamed up with the History Channel to present a two-hour documentary titled Amelia Earhart: The Lost Evidence. The documentary airs on July 9th at 9 p.m. and has a theory that has absolutely shocked some people to the core.

‘This absolutely changes history, I think we proved beyond a reasonable doubt that she survived her flight and was held prisoner by the Japanese on the island of Saipan, where she eventually died.‘

While the theory that both Amelia and Fred were captured has apparently been floating around for decades but something bit changed in 2012. That change came in the form of a black and white photograph that Shawn Henry believes shows Amelia and Fred captured with remains of the plane. 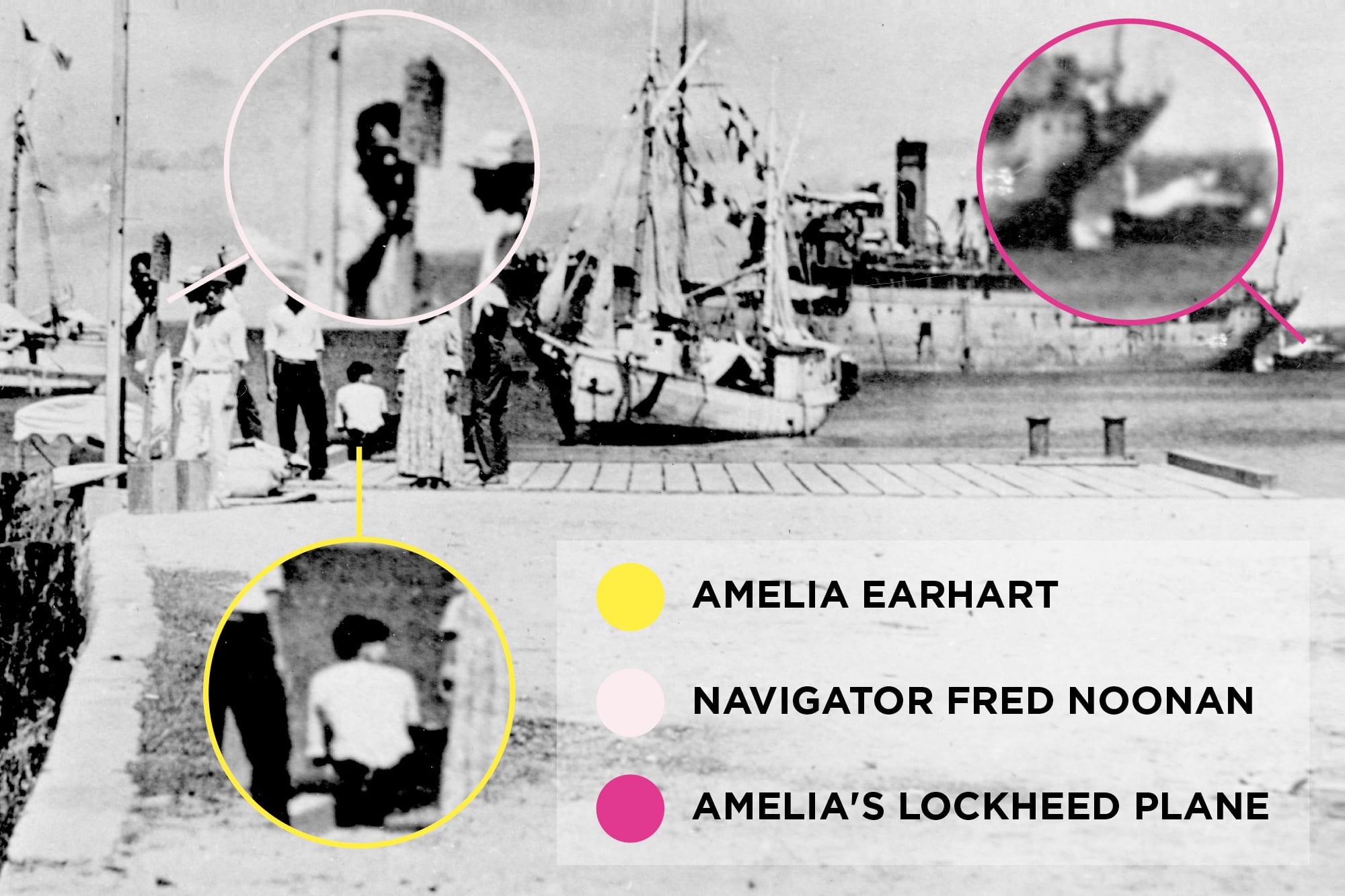 The photo was discovered by Les Kinney, a retired U.S Treasury Agent, who was only able to find it because it was ‘misfiled’. There are theories that any evidence of Amelia and Fred being kept alive was discarded as to cover up the fact that the U.S did nothing to try to save them.

Now, all of this isn’t just based on theory. Experts were called in so that the photo could be properly examined and both a facial recognition expert and a computer forensic examiner believe that the photo is unedited and the people in the shot are Amelia and Fred.

The biggest question that remains is why Amelia would have been captured by the Japanese, there’s a plausible answer for that as well, and it connects back to the documents being destroyed.

‘It is not clear why the U.S. [government] might want to cover up what happened to Amelia. If in fact, she was spying on the Japanese, the government may not have wanted the American public to know they put ‘America’s sweetheart’ in that situation and she was captured.’

Just reading about the theory is mind-blowing, and we have no doubt that the two-hour documentary will be full of information that will make the general public question everything about what really happened on that fateful July evening.

Home » Featured » Could Amelia Earhart have Survived that Infamous 1937 Flight?