Okay, chances are that when you first heard Disney was making a live-action Lion King movie this was your reaction:

Or, maybe that was just me? Anyway, with your skepticism firmly intact, Disney revealed that Jon Favreau would be taking the helm. Seeing that he did a phenomenal job with The Jungle Book, things seemed to be looking up.

Then Disney started releasing the voice cast and they were fantastic. I mean, THE James Earl Jones was coming back to play Mufasa. We were truly blessed. See the whole cast for yourself: 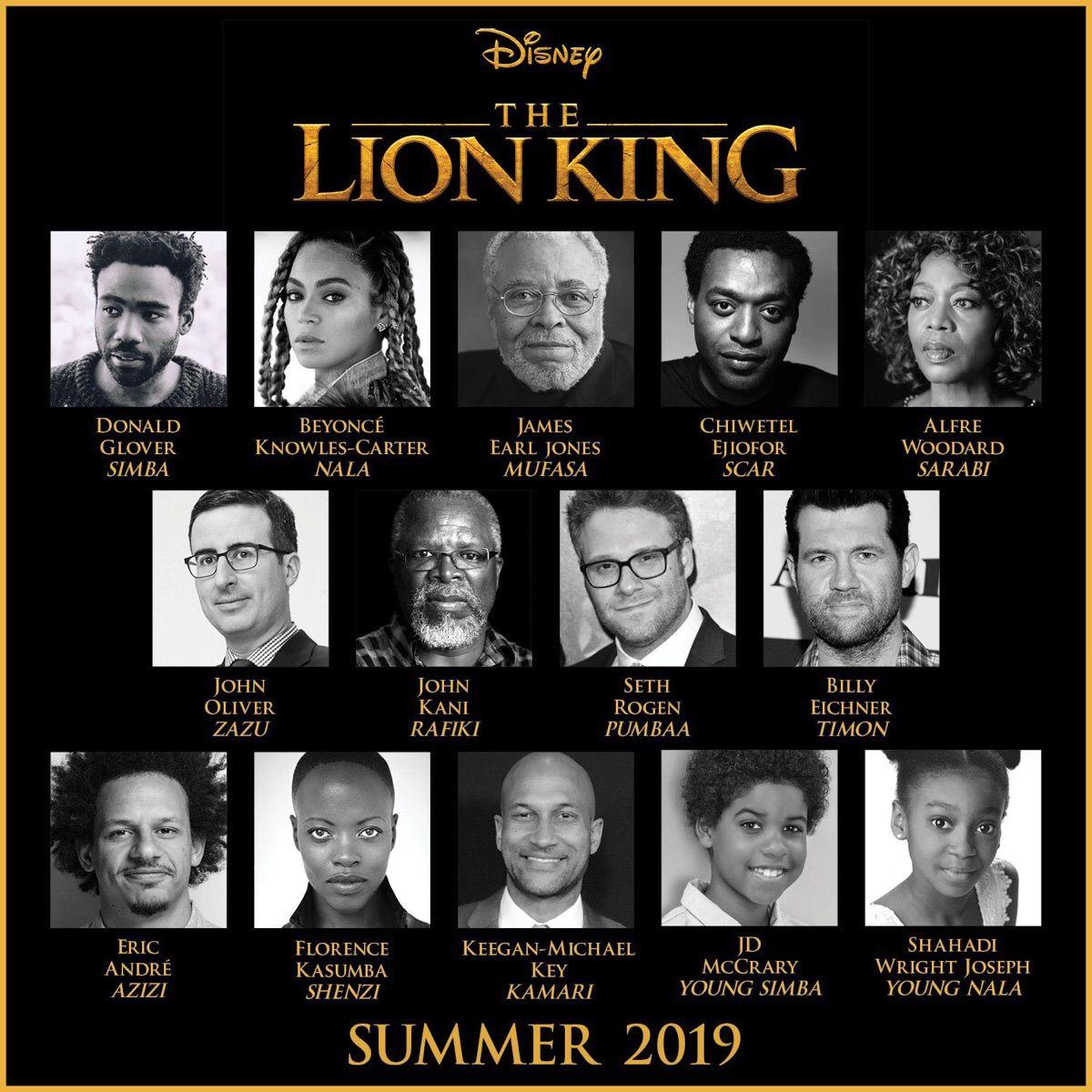 While Disney has been pretty hush when it comes to any type of footage, there is a true angel and national treasure walking amongst us by the name of Billy Eichner. Thankfully, Eichner, who voices Timon, took to Twitter today to share a photo of him, his animated partner in crime Seth Rogen (Pumbaa), Donald Glover (Simba) and director Jon Favreau in the studio. The photo, specifically Glover’s Disney-inspired sweater, is nothing short of iconic. Check it out below!

I mean seriously, name a more perfect family photo, I’ll wait! It just makes you want to put on a hula skirt and eat some grub.

The trio looks like they just dropped a sick version of “Hakuna Matata” which is one of the many popular Lion King songs the live-action will feature. Earlier this year, the musical genius behind the soundtrack, Elton John, confirmed that he’s currently working on a song for Beyonce that would play during the closing credits. He also dropped a little hint about what songs from the 1994 animated classic would be making their way into the upcoming remake.

[row]“They need to have a new end credits song. There’s going to be four of our songs in the film, from the original: ‘Can You Feel The Love Tonight,’ ‘Hakuna Matata,’ ‘I Just Can’t Wait to Be King,’ and ‘Circle of Life.’ And then there will be an end, closing song, and we’ve been speaking to Beyoncé’s people and hopefully Tim [Rice] and I and she can cook up something,” John told The Sun.[/row]

Are you excited for the live-action Lion King? Which casting is your favorite? Let us know! The Lion King hits theaters on July 19, 2019.