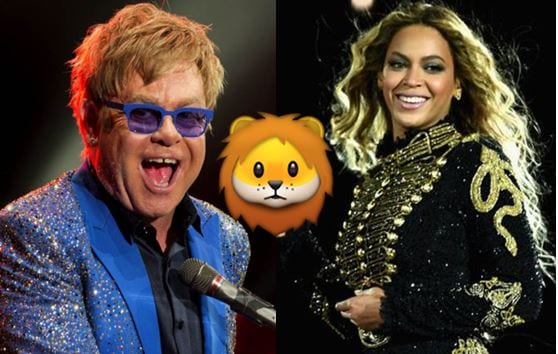 One does not simply cast Beyoncé to play Nala in The Lion King live-action remake and not give her a brand new ballad to belt out. The musical genius behind some of your favorite tracks from the original, Elton John just confirmed that he’s currently working on a song for Queen Bey that would play during the closing credits. He also dropped a little hint about what songs from the 1994 animated classic would be making their way into the upcoming remake.

“They need to have a new end credits song. There’s going to be four of our songs in the film, from the original: ‘Can You Feel The Love Tonight,’ ‘Hakuna Matata,’ ‘I Just Can’t Wait to Be King,’ and ‘Circle of Life.’ And then there will be an end, closing song, and we’ve been speaking to Beyoncé’s people and hopefully Tim [Rice] and I and her can cook up something,” John told The Sun.

The new song will not only give Beyoncé fans something to rejoice about and Lion King fans a brand new single, but it will also qualify for an Academy Award nomination for Best Original Song, and you know Bey has had her eye on that Oscar since being snubbed for Dreamgirls in 2006. Elton John and Time Rice already won the award in 1995 for “Can You Feel the Love Tonight” so there’s no doubt in our minds that they can do it again!

Celebrities Channel Beyoncé for her Birthday