These books are amazing collectibles and give a glimpse into the world of film and how it all works behind the scenes. Warner Bros. are giving two different sets that you can buy!

The first one goes out for a $100 and is called Batman V. Superman: Dawn of Justice – The Art of Film. It has a thick hard cover and counts 192 pages AND it’s signed by Henry Cavill! It’s limited to 200 pieces so be quick to order!

The other one is a real piece of heaven. It’s called the Superhero Edition and has the same art book with the thick hard cover, a special edition of a lamshell case (with a magnetic bat symbol on the front), a sketchbook from Zach Snyder, a signed bookplate and a special insert signed by Henry Cavill, Gal Gadot and Ben Affleck! Do you want this? That’ll be $500, please. 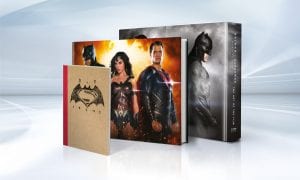 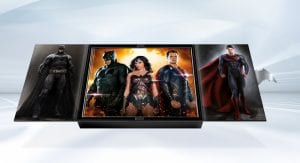 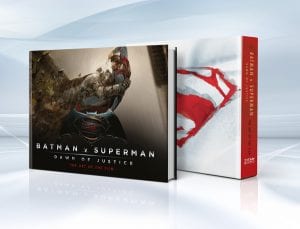 Both these collectibles are being sold on Another Universe, where you can buy so many cool stuff!

The movie is going to be released on March 25, make sure you don’t miss it on the first day!