There have been a number of stories both in television and film concerning the importance of the local barbershop. A barbershop is a place to go to catch up, talk politics or sports, hang out, and most importantly, get your haircut. The barbershop has spawned a film franchise, a memorable Eddie Murphy scene, and Luke Cage’s home base in his Netflix series, so it was easy to believe that an episode titled “Barbershop” would indeed take place within the barbershop… but this is Atlanta where nothing is orthodox.  What follows is a showcase of everything that makes Atlanta one of television’s best series and one of the funniest, if not funniest, episodes of the season.

“Barbershop” couldn’t have come at a better time within the structure of season two. Last week’s “Helen” was a heavy episode that totally borrowed from those Get Out vibes and perfectly displayed the brutal nature of a couple who just aren’t on the same page. I would also argue that it was the first time in the run of Atlanta where Earn really seems like an asshole. A little success has changed his persona a bit and I worry going forward if Earn is going to kind of lose his center. Seeds have already been planted of Alfred maybe looking to make a managing change and I assume Earn’s now homeless again since it appears he and Van are broken up again. Yet, all of that takes a backseat this week as Al looks to get a haircut for an upcoming photoshoot. You know, because he’s gone Hollywood now. 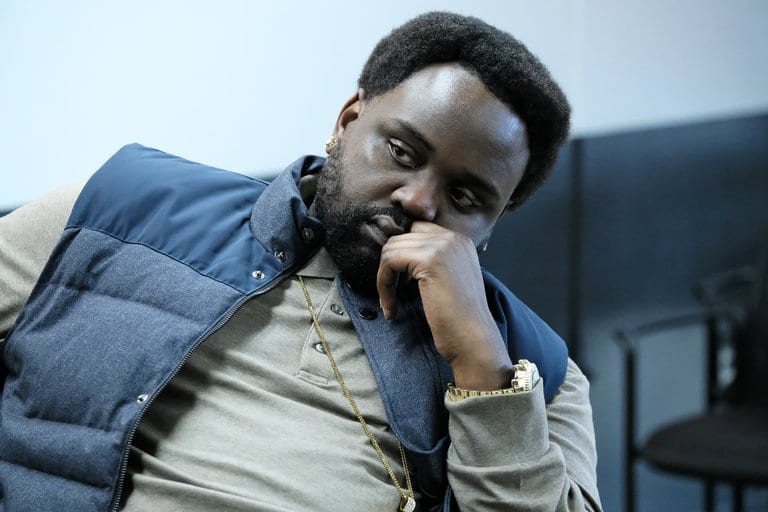 The omitting of Earn and any of the other key characters from the episode was a fantastic move as it not only allowed Al to be the focus but it gave Brian Tyree Henry a real opportunity to shine, and he knocked out of the park. I know Bibby will get all the headlines, we’re getting to him, but it’s Henry who is the real star of this episode. His deadpan facial expressions, the continued testing of his patience, his delivery of lines, and overall presence allow Bibby’s actions to be so funny. As Bibby takes Al from one ridiculous scenario to another it’s Henry’s performance that invests the viewer. When you think about it, Al is the center of Atlanta. Yes, Earn is the main character but nothing within his universe would be what it is without Al. I’m not saying that’s necessarily a good thing for Earn, in fact, I believe Al is a terrible influence on him, but “Barbershop” took Al from provider and moved him directly to the forefront.

At its core, “Barbershop” is an episode about loyalty. That’s the only reason why Al could have possibly hung around Bibby as long as he did. There is an importance to having your hair cut by the right person. Everyone reading this has had a baaaad haircut and everyone here has vowed to never stray from their barber again. That’s what makes this episode so funny and the ending so poignant. Al follows Bibby all over Atlanta with a quarter of his hair cut because he knows at the end of the day that Bibby is going to make him look good. Bibby though is a hustler… of sorts. A man of many trades? No, Bibby is a hysterical lunatic who doesn’t stop talking and scheming from the moment he walks into frame. He’s a man who is easily distracted, has a ridiculous use of emojis, will stop at a construction site just to steal lumber and maybe leftovers, who will yell at his son for ditching school but also flee a car accident with a pregnant woman. Yeah, Bibby is a mess. But he gives a damn good haircut. Katt Williams has already stolen the spotlight in the guest star column but here comes Robert Powell III to give him a run for his money. Powell was fantastic as Bibby and I would love if he returned to the show in some capacity or if nothing else we get to hear more of his exploits.

The best punchline is saved for the end of the episode though. After all the crap Bibby puts Al through, all the near arrests and already eaten leftovers, he finally delivers a kick-ass haircut and even persuades Al into paying him. No tip though. We’re left thinking that it doesn’t matter what Bibby does, Al is always going to see him for a haircut. So when Al walks back into the barbershop at the end of the episode you think the whole cycle is going to start again, but he spurns Bibby and chooses a new guy. A new guy who doesn’t know what the “usual” is. A new guy who is asking questions that Al doesn’t have the answer for and suddenly he looks over to Bibby, who already has a new customer, longingly. You just can’t take a good haircut for granted. 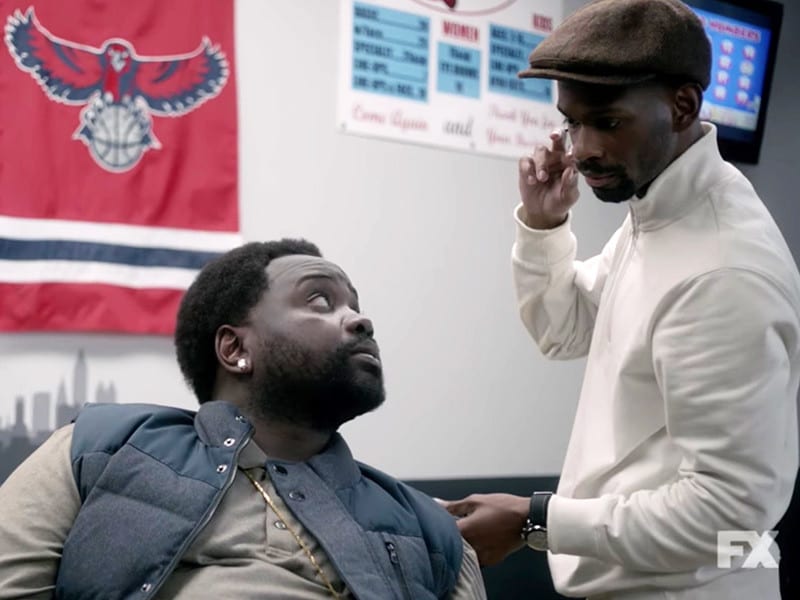 There you have it Geeklings, what did you think of this weeks Atlanta? Was it the perfect follow up to the heaviness of last week? Which one of Bibby’s antics would have made you snap? Was this Brian Tyree Henry’s best episode yet? Who’s your favorite guest star of the season? Sound off in the comments. If you’d like to talk more Atlanta with me you can find me on Twitter @iamgeek32. See everyone next week!