If you’re a fan of The Office then you are well aware that the “Fire Drill” cold opening is by far one of the best moments in the series’ nine-season run and dare I say, in sitcom history?

Basically, Dwight set-up a real-life fire simulation to test how well the employees of Dunder Mifflin were listening during his fire safety presentation.

Everyone was doing whatever they could to get out of the office:

But all Angela wanted was for Oscar, who was trying to escape via the ceiling, to save her office cat, Bandit. It was iconic.

So, when Oscar Nuñez stopped by Angela Kinsey’s YouTube series, “Baking With Josh & Ange” one savvy fan asked them to recreate their favorite scene from The Office, which of course, was the “Fire Drill” episode.

And it was perfect:

Of course, no cats were harmed in the making of their video.

They also answered fan questions and shared some other scoop from The Office such as what they took from the set. 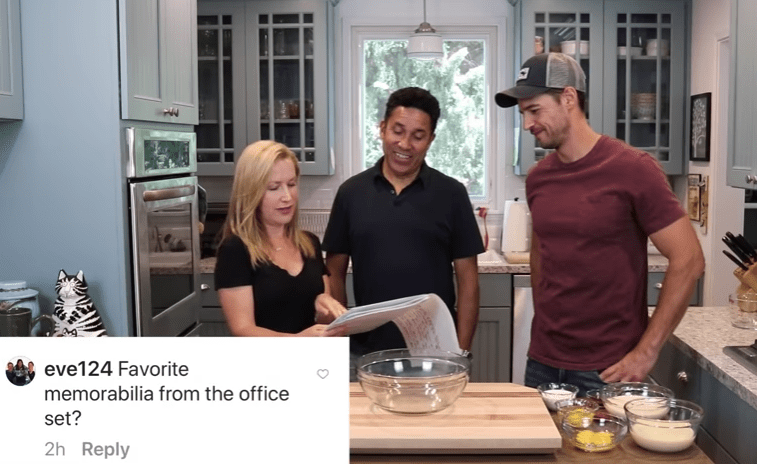 [row]”I took the little cat that held my paperclips, and it’s still sitting on my desk,” Kinsey said [/row] 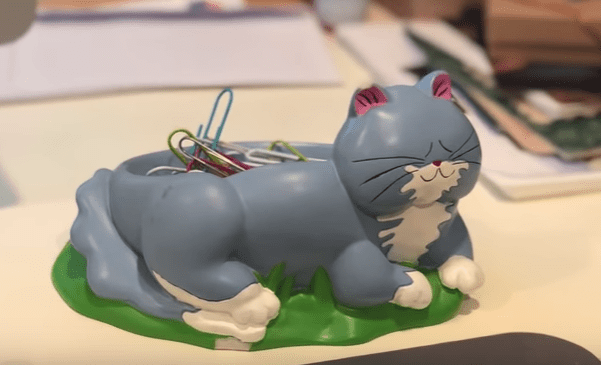 And that infamous kissing scene between Michael and Oscar. 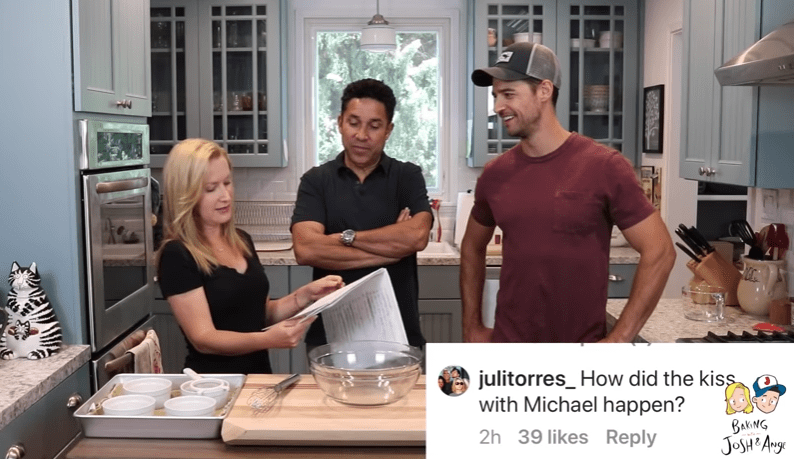 [row]”We kept doing that scene and we kept hugging and hugging and hugging, and then this one particular time he kept getting closer and closer and I’m like ‘Where’s he going? He better go left or right at this point. Oh, he’s coming right at me.’ Then we kissed and I can hear everyone snickering because it was so funny and thought ‘I hope the cameras stayed on us so we can use this.’ [/row]

You can check out the full video below!

Of course we had to recreate this scene! #savebandit 😼 New Baking with Josh and Ange! Link in bio! Baking and chatting about The Office with Oscar! We had so much fun! Thx Oscar for stopping by our kitchen! Oh and the Flan is delicious! ❤️ *He does his Southern accent in the full video and vogues! Hilarious!

This isn’t the first time that Kinsey has had an Office co-star on her YouTube show. Earlier this year Kate Flannery stopped by and the two of them also recreated one of their favorite scenes together from the long-running workplace sitcom. Which one did they pick? 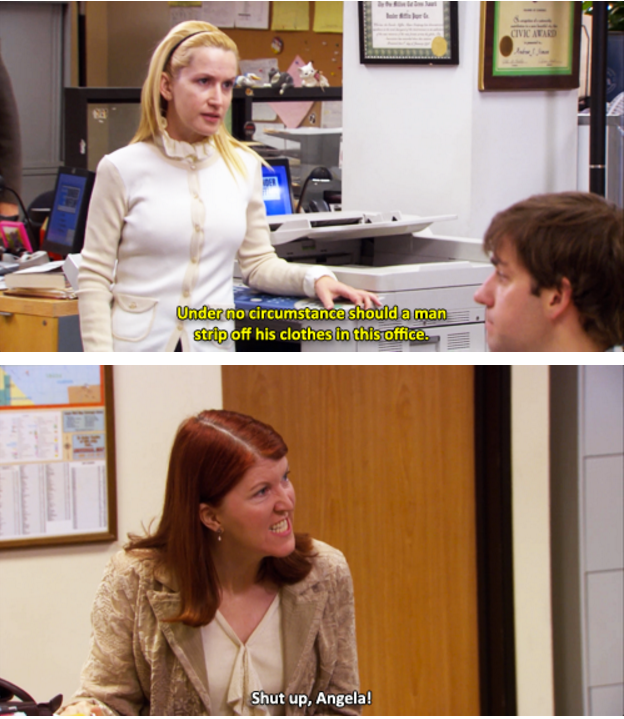 You can watch that video below!

Happy Mother’s Day… look who stops by our baking channel… @therealkateflannery !! We make her family recipe and of course reenact a scene from The Office! Check out our new Baking with Josh & Ange! *Link in bio! #yaymeredith

She’s also had other guests from the series such as Rainn Wilson, Jenna Fischer, and Creed Bratton. It’s basically the perfect placeholder while we wait for that Office reunion to happen someday.

What’s your favorite scene from The Office? Let us know! Be sure to watch Oscar’s hilarious full episode below.

Home » Fun » Angela and Oscar Just Recreated the “Save Bandit!” Scene From ‘The Office’