It was confirmed earlier this year that Lady Gaga would be returning for Season 6 of American Horror Story on FX. What other familiar faces will we be seeing or at least hope to see when it premieres later this year.

Although a theme for season 6 has not yet been decided upon, Showrunner Ryan Murphy stated at the recent PaleyFest 2016 that two separate ideas are being worked on at the same time. He also said that all the actors that would take the stage would be returning next season. In attendance were cast members Denis O’Hare, Wes Bentley, Matt Bomer, Kathy Bates, Finn Wittrock, Cheyenne Jackson, Sarah Paulson and Angela Bassett along with creators Ryan Murphy and Brad Falchuk and EP Tim Minear. Not in attendance were Lady Gaga or Jessica Lange. 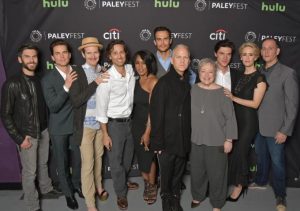 No Evan Peters???? I’ll be having anxiety if he doesn’t return but I’m sure he will. It wouldn’t be AHS without him. Am I right? Although there has been some speculation that the recent beard he’s been sporting and posted on his Instagram account may have something to do with the upcoming season. Maybe evil lumberjacks? Who knows. I guess we all just have to wait and see. 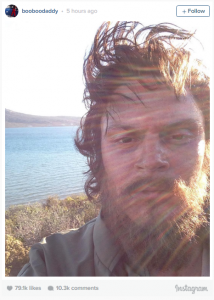 But as stated before, there is no set theme for the upcoming season as of yet but that has not stopped the rumors or even cast members from teasing about what the new season might bring. According to zap2it.com, Cheyenne Jackson, who played Will Drake in Season 5, said that he would love to see AHS do another period piece. “…I just love period pieces. I love the costumes and the eye candy of it.” Denis O’Hare, Liz Taylor from
last season, claimed to have seen a theme that related to the time period of Ancient Rome “Mixed with something supernatural.” He
hinted at the idea of time travel stating that “I like time travel and maybe a bizarre virus.” A virus? Maybe it spreads and wipes out the human race and only a small group from GA. come together against all odds and face many obstacles and threats (both human and infected) in order to survive…Wait…Wrong show! Anyway, bizarre virus might be cool.

So besides cast members suggesting ideas, other rumors flying around are concepts dealing with children. Slender Man, which is a mythical figure that is said to stalk children was one rumor, but was also found to be untrue. The latest rumor is that season 6 may be set in an orphanage. “If you look at horror tropes, the innocence of children, that sort wide-eyed entryway into some world is always very dramatic and satisfying.” –Ryan Murphy, PaleyFest 2016.

So from time travel and viruses to period pieces and orphanages, it is safe to say that we have a lot to look forward to when American Horror Story
returns sometime in October. Fan favorite cast members, maybe some new faces and hopefully the return of Jessica Lange. Only time will tell. Hurry up October!!! 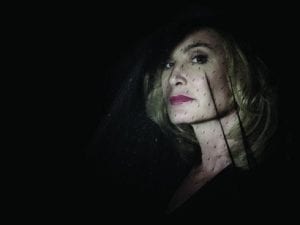 Who are you all excited to see come back in Season 6? What are your thoughts and ideas of what the “theme” will be or should be?

Home » Uncategorized » American Horror Story Update: Who Will Return? What Will The Theme Be?