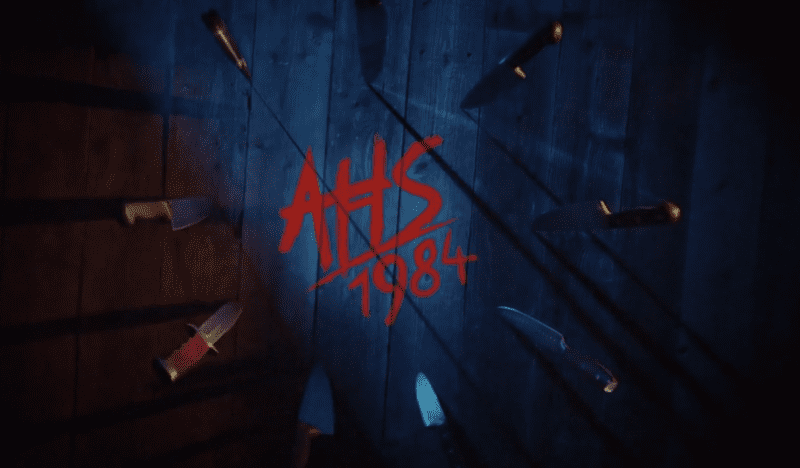 This week fans were expecting more, both figuratively and literally, of “Rest in Pieces.”  Instead, fans were given the shortest episode in American Horror Story history.  Last week, the preview for “Rest in Pieces” prompted audiences to prepare for the final showdowns.  With the finale airing next week, I knew this week’s episode would not include everything as promised.  However, the episode sets up the epic battles that should occur next week.  Due to this, “Rest in Pieces” comes off as more of a filler episode rehashing previous details.  Each episode this season has had major reveals.  There does not seem to be many more reveals that could occur this season.  However, seeing a familiar face from previous seasons makes wonder how each storyline will wrap up and introduce a new character.  Regardless, despite the quickened pace of the episode, AHS has set up an epic season finale next week.

The episode opens with Donna and Brooke at the cafe.  Brooke now has her whole life ahead of her and Donna wonders what her plans are after killing Margaret.  Though she does not truly knows she mentions Australia as Donna reminds her she needs her strength if she wants to be the final girl.  Confused, Donna goes on to explain what most viewers already know.  In 1980s slasher films in particular, every film contained a final girl.  She is the one who survives it all and lives to tell the tale.  And although my prediction from the beginning is that Brooke would become our final girl, I hope there is room for Donna as well.  Despite the typical tropes of eighties horror films, maybe she will survive.

Instead of everything moving forward smoothly, a reporter comes up to the table they are sitting at in a local diner. Stacey Phillips (Stefanie Black).  She recognizes Brooke immediately.  Of course she should considering that she is writing a book on her.  Stacey has written many books on serial killers and feels that she must write one about Brooke and Mr. Jingles of course.  Despite walking away from the table, Brooke is now paranoid.  Turns out she has every right to be paranoid as Stacey inevitably knows she is the Brooke Thompson.

Knocking on the door she reveals she knows who Donna and Brooke are ultimately.  In order to prove it they follow her to her room, which I found to be a fatal flaw of the plan.  After all, instead of everyone being a suspect this season everyone turns out to be a serial killer.  Much to my dismay this is not the case.  She is not even related to Margaret like I was hoping.  Brooke agrees to tell Stacey everything.  The actual truth.  All Stacey must do is sneak them into the camp, never reveal Donna’s identity, and not tell people Brooke is still alive.  Needless to say she agrees to their terms.

Bruce manages to escape with the help of a Mary Kay consultant.  Picking up Jones, the hitchhiker from the beginning of the season, he heads to camp.  However, the woman he has stashed away in the back from the night before starts making too much noise.  I imagine this is a common problem when one stuffs a human being in the back of any car.  As he gets out and she begins to beg for her life, Bruce mocks her before ultimately killing her without a second thought.  By this time the hitchhiker is gone.  This is not the only problem happening at Camp Redwood currently.  Courtney finally reveals Kajagoogoo’s murder to Margaret.

Margaret insists that Courtney figure out how to make this problem go away. The good news is though no one has to miss Kajagoogoo singing Too Shy thanks to the camp’s curse. However Ramirez might have something different to say about that ultimately.  He does not have much time to have his Billy Idol moment in the forest before Ben is attacking him.  However Ramirez does not have a lot of time to react considering once they are down the hill they have rolled down, Bruce hits Ben with his car!  Getting out of the car, he explains he did not see his friend, but Ramirez quickly corrects him.

This soon turns into a fangirl moment for Bruce, which is hilarious for every viewer. The look of confusion written all over Ramirez’s face as he walks around the car to look in the trunk is priceless.   He shows him his sixth kill and swears that Brooke and Donna are going to be his seventh and eighth kill for taking his thumbs.  Offering to help kill Ben off, Ramirez explains they are hunting big game at this point.  Bruce insists there is a level of difficulty involved in finding him and seems disturbed when Ramirez cuts himself for Satan’s assistance.

Jonas reveals to Ben that the pain might away from dying again, but pieces go missing after a while.  He immediately freaks out and goes after Ramirez once more.  By this point Ramirez and Bruce have ran into Xavier who takes them to Ben’s grave in the forest.  The three are not talking long when Ben rejoins them and stabs Xavier through the heart as the two other men look on.  Bruce is as confused as viewers were at the beginning of the season as Ramirez points out the plot hole in Ben’s plan.  He can never leave Camp Redwood now.

As the two are arguing , Ben is shot in the head by none other than Margaret.  She needs to gather all the killers on her side she can.  As he is brought back once more, all the counselors surround him.  He begs them to let him kill Ramirez.  He does not want his son to die.  Montana tries to tell him Ramirez does not kill children.  However, Ben reveals that he is a much different person than when she knew him.  Now the entire camp knows her secret as well.  She brought The Night Stalker there.  And as Ben confirms, she became his muse.  Despite this knowledge, the counselors do not take pity on him.

Tying him up and stabbing him, Xavier kicks him over into a boat.  As he pushes the boat in theF middle of the lake, a classic Friday the 13th moment occurs.  Bobby comes up from the lake and drag Ben under.  Yearning for peace, he asks his mother how he achieves that.  Based on last week’s episode this felt like a trap.  However, Bobby assures him that nothing bad can happen to him as long as he stays there with him.  We will not know how true that is until next week though.  I cannot see Ben giving up that easily though and attempting one last time to kill Ramirez somehow.

Prior to this, Montana and Trevor’s tryst in the cabin oddly has me rooting for them as a couple. Who knew that would happen this season. The part I love the most though is when they exit. The moment that viewers gaze upon the cabin and the kiss they share is reminiscent of when Vivian discovers Johnny and Baby in Dirty Dancing. Instead of Vivian viewers notice Margaret staring at the two of them with disdain in her eyes.  Although the plan is to remain at the camp with her, once the truth about Montana comes out.  Trevor seems confused at first, but insists that they can all change.  She lies to him, pushing him away as not to bring her down with her.

Meanwhile, Brooke has plans to kill Stacey.  Donna stops her by reminding her they have a purpose.  Running for her life through the woods, Stacey unfortunately meets Ramirez.  Although she is about to run away, Bruce holds Stacey as Ramirez killers her.  Bruce is game for killing everyone they meet, but that is not Margaret’s ultimate plan.  Her goal is to kill every single musical act there.  She will make the camp even more legendary.  Bruce and Ramirez insist that everyone is game but Idol.  Billy Idol cannot die.  Margaret is fine with that as long as her 80s mecca is created and she makes her money.  After all…

Next will reveal all and according to rumors online, we will travel to 2019 before the season ends.  Who will survive? Who do you think is a goner? Will Ben attempt to kill Ramirez one last time? Is Margaret’s plan going to work? Who is going to have the higher body count: the counselors or the serial killers.  Do you want Montana to have a change of heart?  Will Brooke and Donna attain their revenge? Make sure to let us know in the comments below.

Tune into AHS: 1984 next week Wednesday at 10 pm EST on FX Network for the ninth season finale of American Horror Story.