Variety reported in addition to giving Agent Carter the ax ABC has decided to not run with the Agents of SHIELD spin off Marvel’s Most Wanted. Marvel continues to hit it out of the park in their cinematic universe, which unlike DC is tied into their television shows. Marvel’s live action shows on Netflix seem to be thriving, though their programming on live television has suffered. This is sad news to comic fans as ABC/Marvel/Disney have been putting out quality television, it could be just an over saturation of heroes on tv right now. Marvel’s Most Wanted was to follow the adventures of Bobbi Morse aka Mockingbird and her ex who she is on again off again with Lance Hunter. Bobbi and Hunter were some of my favorite characters on Agents of SHIELD so to see them go was particularly sad, though the saving grace was that we would see them on their own show. Which would have been fabulous, SHIELD sometimes feel’s like an X-Men show instead of a spy show, Hunter and Bobbi would have brought that butt kicking spy game to the small screen. There is no word at this point if the two will now return to Agents of SHIELD or if we are just saying goodbye to two of the coolest characters that were born out of the TV universe. Both actors elevated every scene they were in and their characters relationships with the others on the show were some of the most heartfelt, I am looking at you Fitz and Hunter as well as Bobbi and Mac! Who knows maybe the couple will appear in any number of the current Marvel properties, it sure would be a shame to let these two go! 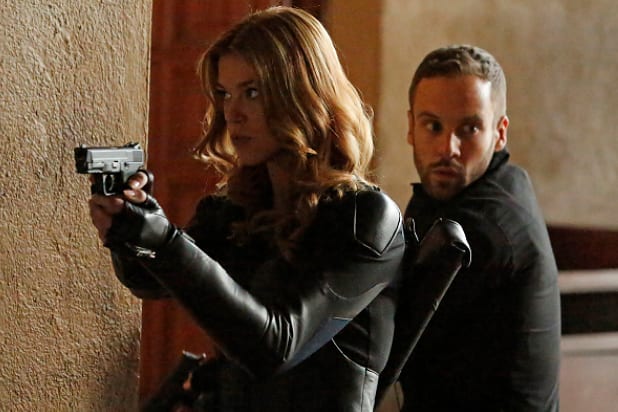