The fall TV season is upon us, which means we are mere weeks away from all of our favorite shows returning to our screens. The CW is in the midst of releasing some of their latest trailers and with Fall and Halloween on the horizon, it’s time to take a look at what to expect in our cozy yet creepy as hell town of Riverdale.

It’s another short trailer, but it’s filled with the perfect amount of teasers to get us all even more excited for the premiere. Riverdale left off with the intense cliffhanger of Archie’s dad being shot in what appeared to be an armed robbery at Pop’s. Jughead is, of course, narrating the trailer and saying what we were all thinking…

“What If robbery wasn’t the motive? People hold grudges. Think of where we live.”

The trailer kicks off with the night of the robbery except now, the gun is being pointed at a terrified Archie. This part wasn’t shown in the original scene, in fact, Archie jumped in front of his dad at the last second, yet the bullet still hit Frank and then they showed the man fleeing the scene. So, perhaps Archie is having a nightmare or has found himself in another terrible situation while investigating.

It appears that we will also be spending quite some time with Cheryl and her mom in the hospital as this is the only place we’ve seen these two in any of the promos so far. You just know something bad is going to happen when all of those bandages come off.

With his father’s Serpent legacy looming not far behind him it’s safe to assume that we will be seeing Jughead struggle to find his true identity a lot this season.

There’s a quick shot of a bloody car, which is most likely Fred’s from when Archie takes him to the hospital, but either way, it does not look good for whoever’s blood it is. 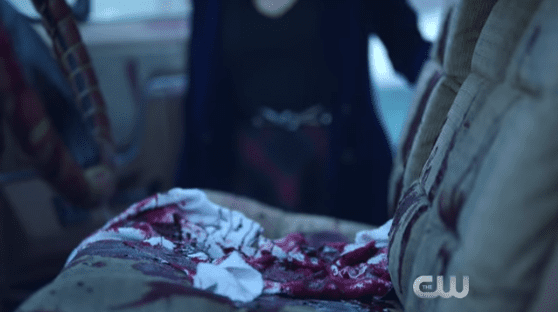 It is The CW though, so screw the murder for a hot minute and show the steamy make-outs! We’ve got another quick look at the Veronica/Archie shower scene from a previous promo and a BUGHEAD kiss..praise!! Also, Archie has a gun – so that’s great. 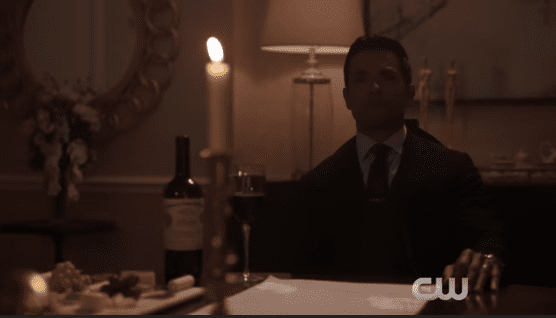 The last scene shows some type of wedding with only flashes of Veronica and Archie’s mom. Now, someone could be getting married and Veronica is the bridesmaid or this could just be some dream or another nightmare that Archie may be having? Guess we will find out!

Check out the trailer below and be sure to tune into The CW on October 11th for the second season premiere!