If you thought the first Riverdale Season 2 trailer that premiered at San Diego Comic-Con was dark, just wait until you get a look at the new promo, titled “Desperate Times”, that just dropped today.

It’s only thirty seconds long but it’s full of quick little nuggets of insight as to what to expect this upcoming season. It starts off with the sheriff talking about some “tragic news” that he has to share while a visibly upset and still covered in blood Archie wonders what will happen if the man who shot his father comes back. Jughead replies with “desperate times.” 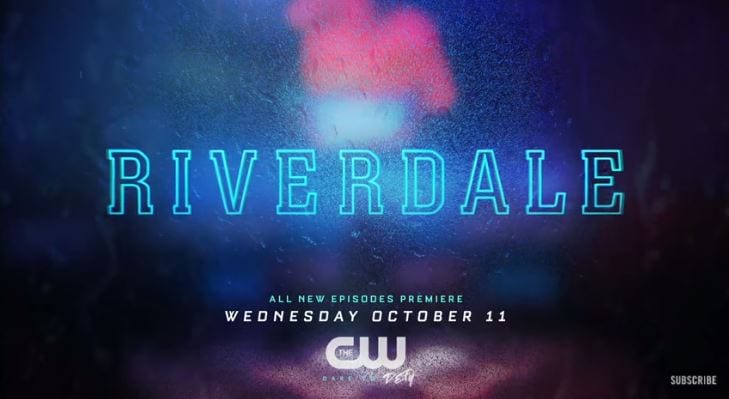 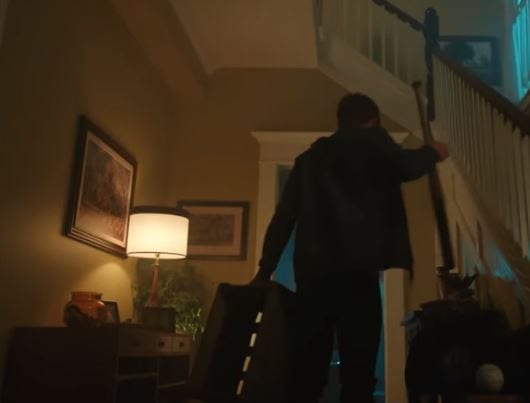 Betty and her mom are having some sort of argument in the kitchen after Betty slams the newspaper down in front of her.

Jughead and his dad are in an investigation room, perhaps discussing the serpents involvement in Fred’s shooting?

We also see Veronica getting into the shower with Archie (this is still a CW show), Cheryl getting some visitors in the hospital where her mom is, and this masked man with a gun at some sort of event. He appears to be wearing a typical Serpent get up and appears older. Any guesses? 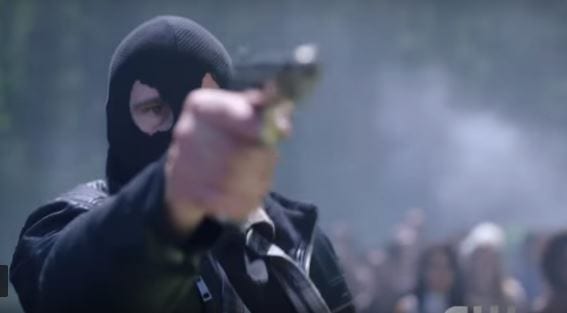 Lastly, we see Archie back in front of Pop’s while someone who definitely sounds like Fred has a voiceover saying “you can’t let this fear run your life, Arch” as Archie pulls out a gun!

Which, has us all wondering…

The voiceover seems to be a pretty good indication that Fred will be surviving his gunshot, but on a show as wild as Riverdale, who knows!  Check out the quick promo below and get ready for all new episodes this October.