Have you ever wanted to own a piece of television history? This year’s Cancer Gets LOST Auction is a great place to look as the 2018 effort to benefit finding a cure for pancreatic cancer is underway!

There are many awesome pieces of memorabilia and signed items that may be just what you’re after.

Attention Walking Dead fans! There is a plethora of Walking Dead items listed. There is a signed Carl POP signed by Chandler Riggs, a Daryl Dixon POP signed by Norman Reedus, as well as signed photos and POPs from other actors on the show including Steven Yeun, Melissa McBride, Michael Cudlitz and more. 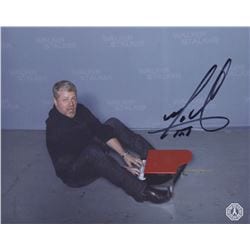 You may recall Walker Stalker Convention’s Christmas message which included the cast posing as the Peanuts. The piano that Schroder, AKA Michael Cudlitz posed with is signed and ready to find a home for a good cause. 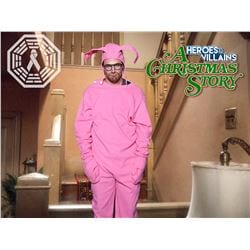 Not only that, but the A Christmas Story Inspired bunny costume worn by Stephen Amell for the Heroes & Villains Fan Fest Christmas message is also up for auction.

Arrow fans are also in luck because there are plenty of Arrow autographed items including Stephen Amell’s signed Green Arrow POP! and much more.

There are a plethora of items such as signed scripts from The 100, signed Arrow FUNKO, Agents of SHIELD signed POPs and photos, signatures from Danai Gurira, Chris Evans and Chadwick Boseman, a Boondock Saints script signed by Norman Reedus and Sean Patrick Flannery, signed photos of the cast of Fear The Walking Dead, The Walking Dead, Supergirl, Game of Thrones, Rogue One and of course LOST.

The auction runs now until July 11th at 8:15 AM. Take a look and you may find something that your heart is set on. All net proceeds of the auction will go to the Pancreatic Cancer Action Network!

If you’re a nerd, a collector, or share a love for a certain television show or film, head over to the Cancer Gets LOST auction and check out the awesome memorabilia available there this year.

For more information about Cancer Gets LOST, visit their website.