3 days ago Charles Green, known the world over as “Angry Grandpa” sadly passed away. In a heartbreaking video uploaded on the AGP Channel, his son and frequent collaborator Michael Green (“Pickleboy”/KidBehindACamera) relayed the info that Charles passed away following a battle with cirrhosis of the liver.

The AGP videos  with over 3.2 million followers on YouTube constantly found its videos on Facebook and Twitter feeds world wide. Whether Charles was destroying some new technology(or a pool…Or a door…etc.) or trying to prank his son, everything came off as genuine, not to mention highly entertaining. 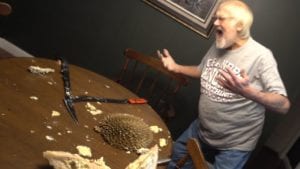 To many people around the world, not a day went by over the past 7 years that  they didn’t spend some time with the Green Family, whose adventures would sometimes lead to one very Angry Grandpa. Exploding in a fury of anger and curse words that would make a sailor blush, Charles endeared himself to millions of fans whom he would affectionately dub his “youngins”.

Charles wasn’t afraid to speak his mind on various topics, from the Casey Anthony case to the shooting of Trayvon Martin, which led to his videos popping up on national media outlets multiple times.  He also wasn’t afraid to try the newest food offerings from fast food chains, which would either lead to him scarfing the food down approvingly or spitting it out angrily over whatever car he happened to be in at the time. 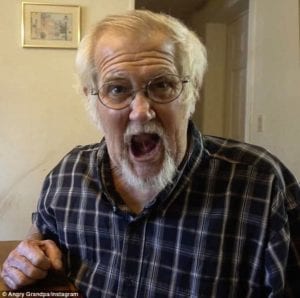 Most importantly through all these added eyes,money and fame that Charles experienced through his YouTube, it never changed Charles as a person.  A Summerville,SC local, his show was filmed practically in places all around me. While I never met Charles(I’ve only spoken prior to this article with his son Michael), people in my circle have met and interacted with him over the years and all say the same thing:one of the nicest people you could meet.  While his presence will surely be missed, Michael vows to continue on with his YouTube channels in the near future because in the end, it’s what Charles would have wanted.