As I’m sure you’ve all already heard by now, Sophie Turner (aka Sansa Stark) and Joe Jonas (aka Shane Gray from Camp Rock) got engaged over the weekend! 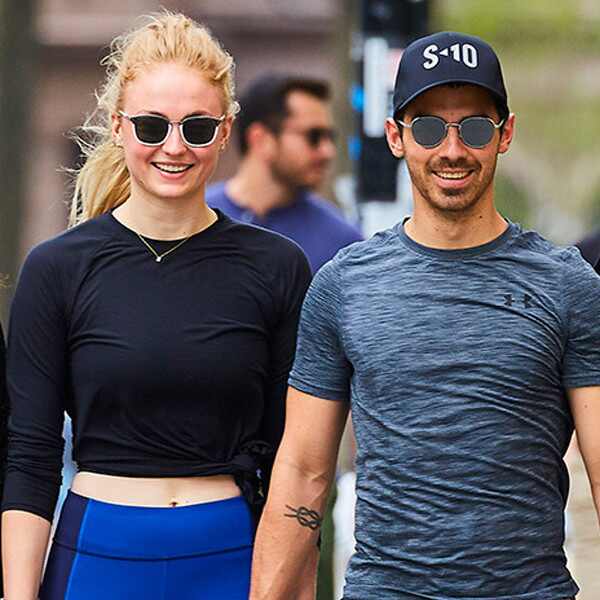 Kevin and Nick, Joe’s brothers and Jonas Brothers bandmates, were quick to offer their congratulations to their brother and soon-to-be sister in law.

But, there was one person that we were all waiting for – Sophie’s on-screen sister and IRL BFF, Maisie Williams.

In honour of the Thrones finale out tomorrow night, and of 6 mill followers on instaaaa… here's da reel roadmans of westeros

Well, not long after Sophie posted the announcement on Instagram Maisie chimed in with her initial reaction, saying “Queen, I love you so much xo” to which Sophie responded with “I love you too my queen”. If that doesn’t make your friendship heart burst I don’t know what will. 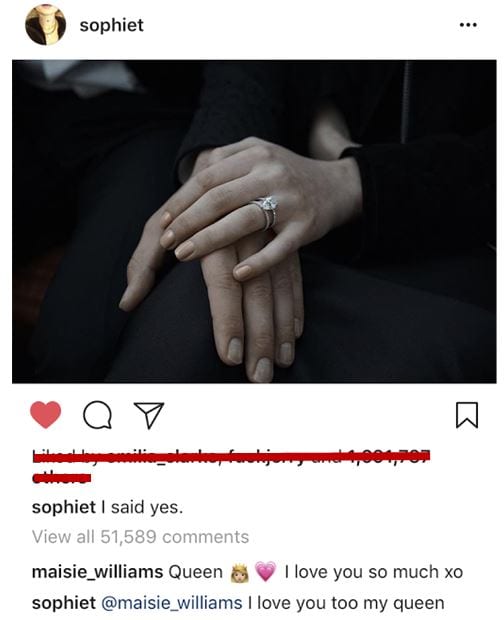 Then shortly after that, Maisie took to her own Instagram to offer another heartfelt message for the happy duo. 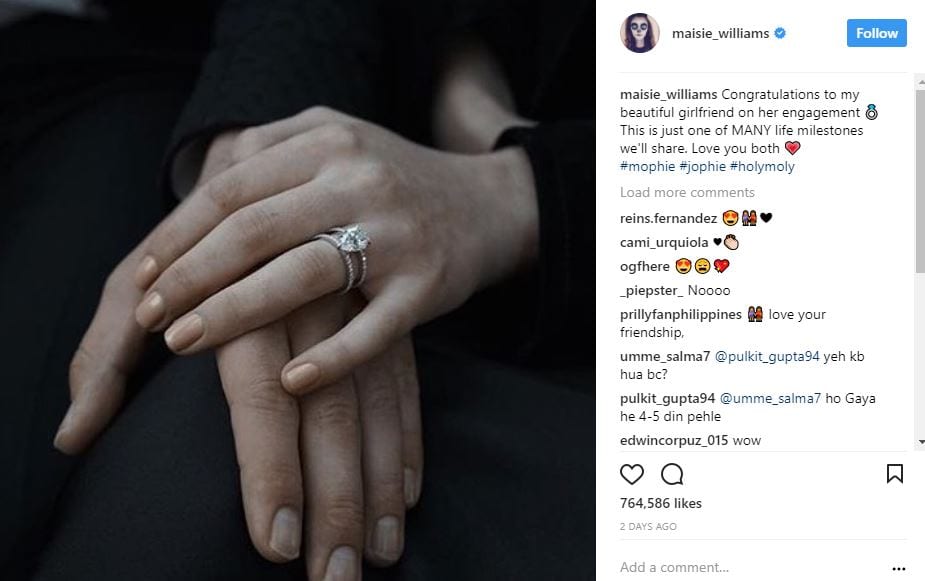 “Congratulations to my beautiful girlfriend on her engagement 💍 This is just one of the MANY life milestones we’ll share. Love you both 💗 #mophie #jophie #holymoly”

Obviously, Maisie and Sophie have been BFFs long before Joe was in the picture so it makes her congratulations all the more sweet. The two recently did Carpool Karaoke together.

And have matching tattoos of the day that they were both cast on Game of Thrones.

They’re basically BFF goals and you just know they’re going to have the best time planning Sophie’s wedding together.

Did Sophie Turner and Joe Jonas Just Adopt Their Very Own Dire Wolf?