The first ever trailer for the upcoming Hellboy reboot starring David Harbour has finally dropped, and it is beyond hot!

The debut footage gives us our first live-action look at Harbour as the titular character, and we have to say, this film looks incredible! Check out the first teaser/trailer below.

Created by Mike Mignola in 1993, the Hellboy comic series centers around a demon summoned by the Nazis during World War II from a portal to a paranormal dimension. Years later, the demon is all grown up and is serving as an agent to protect America from dark and evil forces. The first film in the franchise was released in 2004 and starred Perlman, Selma Blair, and Doug Jones. A sequel to the film was released in 2008.

The official synopsis for the upcoming new film is listed below:

“The film is about Hellboy going to England, where he must defeat Nimue, Merlin’s consort and the Blood Queen. But their battle will bring about the end of the world, a fate he desperately tries to turn away.”

What do you think about our first look at Hellboy? Let us know your thoughts in the comment section below. 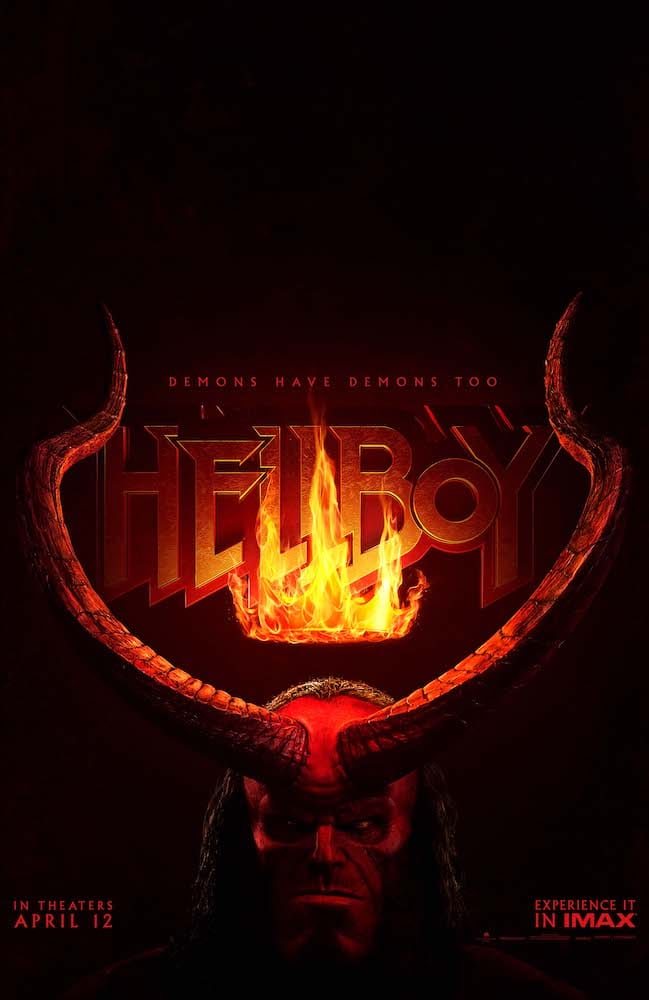