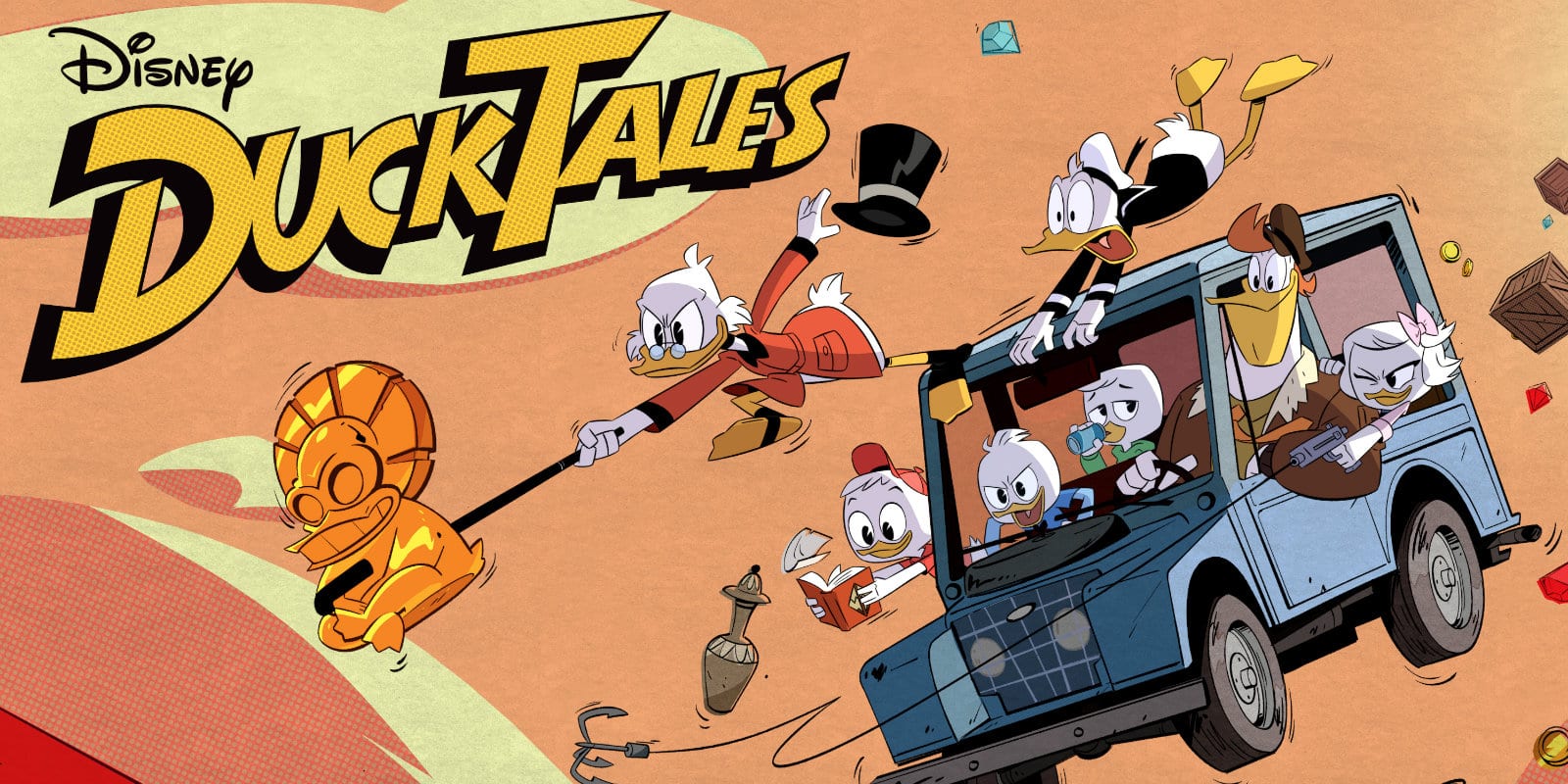 “[Donald’s] been a single parent obsessively taking care of the boys, and he’s a little bit overprotective and doesn’t want to take a lot of risks, whereas so much of Scrooge’s success is based on the fact that he’s willing to take risks,” says DuckTales co-producer Francisco Angones. “In our world about ten years ago, Scrooge and Donald used to go on these big, crazy, rip-roaring adventures, and then they stopped talking to each other, to the point where when we start our show, Huey, Dewey, and Louie don’t even know that the richest duck in the world and this legendary explorer is their great uncle.” Donald eventually moves his whole family in with Scrooge but keeps his houseboat in the pool as a sign of independence.

Check out the rest of the characters below:

Goldie O’Gilt: A fellow adventurer (and Scrooge’s longtime paramour) who has a curious relationship with him. “In our adaptation, Scrooge is more of an adventure junkie than a gold addict, so we kept saying, ‘Well, if Scrooge is like Batman, then Goldie should be like Catwoman.’ She’s equally adventurous, every bit Scrooge’s equal and he hates and loves that. They have this amazingly contentious relationship that’s been going on ages and ages, spanning back to the Gold Rush days.”

Ma Beagle and the Beagle Boys: The show’s primary antagonists who attempt to block Scrooge’s adventures.

Flintheart Glomgold: One of Scrooge’s wealthy equals, Glomgold is described as “this kind of go-go 80s billionaire who made all his money from branding and getting his face on every storefront,” by executive producer Matt Youngberg. “Glomgold is bigger, faster, and cheaper. An in-joke we had for him was that originally in the comics, he was South African, and then they made him Scottish in [the original] DuckTales, so we really leaned into that and decided that when Glomgold saw that Scrooge was a Scottish billionaire, he decided to be the cheap knock-off. More Scottish and even richer,” adds Angones.

Mark Beaks: “We had a bunch of old money billionaires – Scrooge is the oldest money, this billionaire of the industrial revolution, and we have Glomgold – so we included somebody who’s representative of today’s billionaires, which is the tech industry billionaire,” says Youngberg. “Mark Beaks doesn’t care as much about money as he cares about status and being buzzworthy and how many followers he has. Josh Brener was so incredibly on all the time, selling and pitching. He’s a character that’s so broad and over the top, you love to be annoyed by him,” adds Angones.

DuckTales debuts on DisneyXD this August.

Home » Uncategorized » VIEW: The New and Familiar Faces of ‘DuckTales’