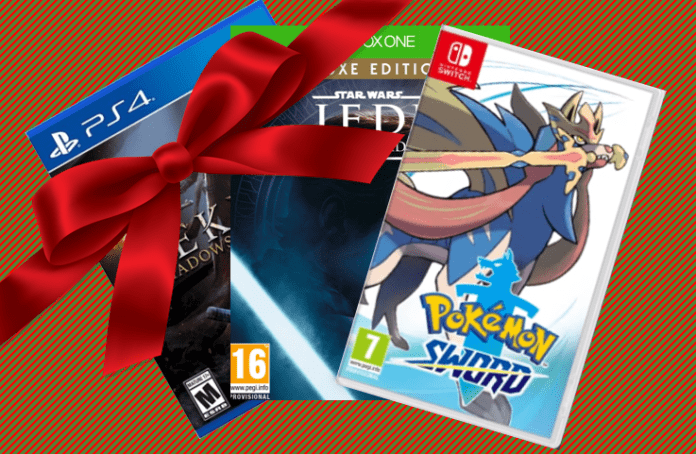 It’s that time of year again – the time when you wonder what in the world to get that person! Well if they enjoy video games, we’ve got some suggestions. So whether it’s a gift for your boyfriend, girlfriend, kid, sibling, etc, we’ve got you covered with our Video Game Gift Guide!

2019 had a ton of AAA titles. From Resident Evil 2 getting a stunningly terrifying remaster to the LONG-awaited Kingdom Hearts 3, this was a year for gaming! Though there are two in particular I want to highlight – Sekiro and Jedi: Fallen Order.

Sekiro is the newest IP from Fromsoftware, the creators of Dark Souls & Bloodborne. If you want a game with a challenge, then this game is certainly the game for you. Combat is easy to learn, but difficult to master as you fight your way through Sengoku-era Japan. Though its the sights of this sprawling world – both landscape and creatures – that’ll make you linger. FromSoftware is known for creating games that are difficult and have a hidden story buried underneath the gameplay. Sekiro actually goes the more traditional storytelling route with all of FromSoftware’s usual hidden gems, making it their most immersive story yet.

Though whereas we are used to FromSoftware making difficult and immersive games, we are NOT used to compelling single-player Star Wars games. The new Star Wars Jedi: Fallen Order completely makes up for lost time by giving players the an experience similar to the Uncharted and Tomb Raider series, but set in the Star Wars universe. So if your giftee is a Star Wars fan, strongly consider picking this up and remind them of what it’s like to have a good single-player Star Wars game.

Even though the game released last year, I have to give Spyro Reignited Trilogy a spot on this year’s list because it was finally released for the Nintendo Switch. The concise layout of Spyro’s levels and episodic story aspects make it the perfect franchise to have a portable version. I got the game for PS4 last year; but this year I’m picking one up for the Switch as well. Though if your giftee wants something fun but a little more competitive, then you should look at an Activision remake from this year: Crash Team Racing Nitro-Fueled.

Nitro-Fueled is beyond a remake of the original CTR as it combines the best tracks and racers of the entire series, but also adds loads of new game modes and customization content. Throw in monthly Grand Prix events and you have a racing game that can actually compete with the famous MarioKart.

Though if your giftee already has all of these games – and is a PS4 user – then there’s one other game I can recommend in this part of our Video Game Gift Guide that I’m fairly certain they haven’t tried yet: Concrete Genie. The premise is simple – take your magic paint brush and liven up a dreary town – but you don’t need to be an artist to be good at this game. You can literally semi-cover several walls and unlock the next area. Though it’s the charm and ease of this game that makes you want to try more. The living art dances and captures the imagination. If someone asked me to describe a video games as ‘therapy’, I’d have to talk about Concrete Genie. Like Bob Ross, this game shows that everyone has an artist inside.

It’s usually pretty easier to divide games into good, bad and ok; but the last few months of 2019 gave us some pretty polarizing ones. I’m not talking about games like Anthem that some tried to defend despite rushed deadlines and management problems. I’m talking about games that have very strong Pros and Cons that could make even decade long faithfuls stop for a minute and reconsider.

The first of these is Death Stranding, the latest game from the acclaimed Hideo Kojima – a man known for his ellaborate stories and crazy world building. Death Stranding is no different in that sense in terms or lore and just over-the-top ‘wait, what’s happening?’ feelings. On the other hand, many criticize this game as being an elaborate ‘walking simulator’ since it is basically one large “fetch quest”. Many people could be turned off by this – especially compared to other Kojima games like the Metal Gear series – but I’ve also met a lot of people who found it oddly enjoyable and relaxing at times. Plus if you’re a fan of Norman Reedus, congrats…. you basically play him the entire time.

The other title is Pokemon: Sword & Shield. This game initially caused a stir when it announced that there wouldn’t be a ‘national dex’, meaning that about half of the available Pokemon would be cut. While this was the most vocal criticism, it actually took focus away from the true concerns of many fans. After seeing how the Switch completely innovated the Zelda and Mario franchises, many expected the same for Pokemon’s first core game on a console – or at the very least, more expressive Pokemon in battles. That being said though, the world is the most vibrant one yet with people and locations having loads of depth!

Are these both good games? Yes, but they have caveats. Death Stranding could just be one of those games that you’re better off renting. As for Sword & Shield, maybe find out your giftee’s thoughts on it first. If they’ve explicitly asked for it; hell yah, get it! Otherwise, if it’s for someone who always gets the latest Pokemon game but hasn’t yet…. maybe find out why first. At best, it just wasn’t a priority for them. At worst… you’ll get a 10 minute rant. 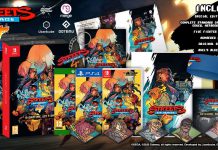