Tom Holland is getting ready to ride the waves as the superhero of the summer in his Spider-Man: Homecoming film which hits theaters on July 7th. The film shows a side of Spider-Man we’ve yet to see played out on screen. After Captain America: Civil War, Peter knew he had to play his cards right to be part of the Avengers.

Tom spoke last week about how that storyline will make the film more unique than ones in the past, and about how Chris Hemsworth helped him secure the role of Spider-Man. He also sat down for a chat with British GQ about the film and how being Spider-Man has changed some things for him.

Once, it even led to Tom getting punched in the face!

‘I was supposed to dodge it and I just didn’t see it coming. He cracked me in the head. He had this massive gauntlet in his hand, a big metal fist type thing, and he punched me in the face so hard, like you wouldn’t believe. But it looks great! I hope they use it. It’s one of those things where you stand up and you’re angry, like, ‘What the hell, man? You punched me in the head!’ Then you realize it’s entirely your fault.‘

Why didn’t he see it coming, you may be wondering? He had to wear a helmet under the mask which messed with his vision. He says he could pretty much see about five feet ahead of him – that’s it – and his peripheral vision was gone.

He also talked about getting the role and how a big announcement had to be made to avoid fans finding out via a leak.

‘I think before it looked like a leak, Marvel did a big press release to make it look like they had released it. Though obviously, I’ve just kiboshed those plans by telling you! I was lucky to get the huge excitement out of the way, then have a calm, collected conversation with my new bosses.’

For more on Tom Holland and for that photo where he shows off his six-pack that’s a heavily discussed topic on social media today, check out the July edition of British GQ. 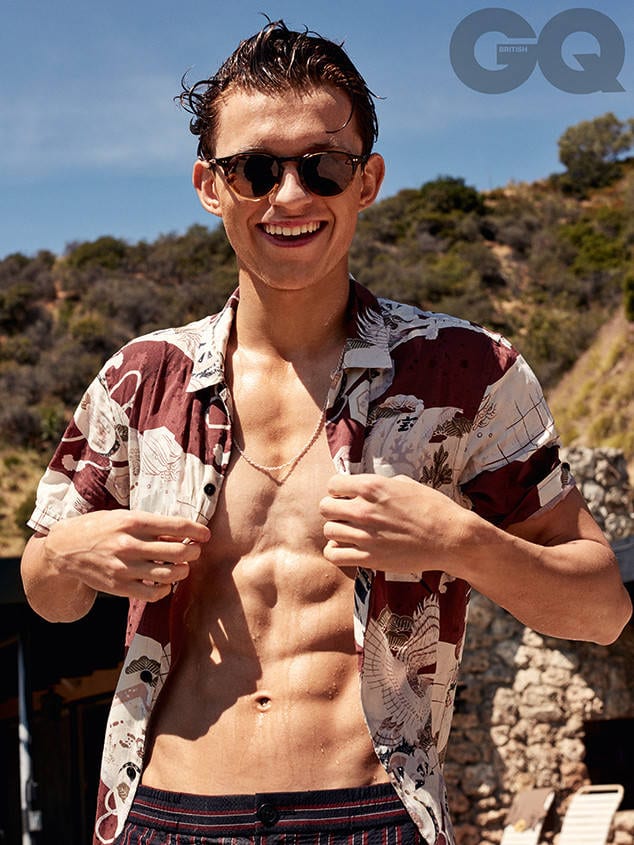 Home » Featured » Tom Holland talks Spider-Man, and Getting Punched in the face, with British GQ