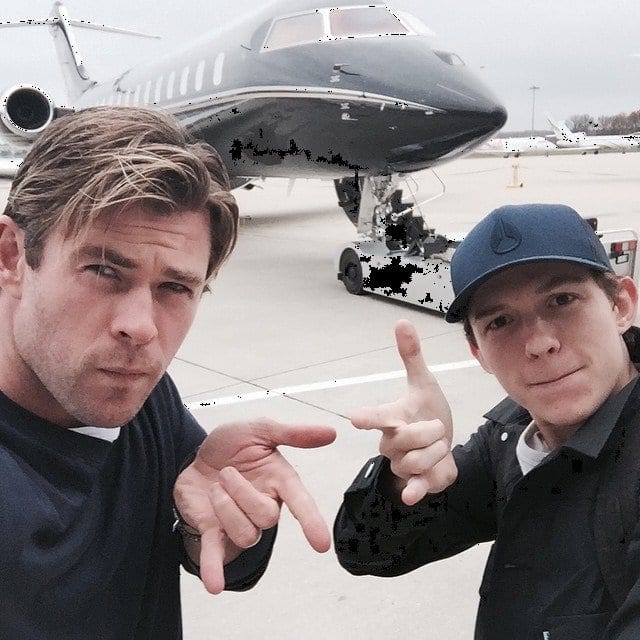 Spider-Man: Homecoming is just over a month away from seeing it’s big screen debut and the film is the talk of the pop culture world. From what we’ve seen so far of Tom Holland’s performance to the storyline of the film and the other incredible cast members, the film looks like it’ll be a box office smash and one of the most talked about movies of 2017.

Today, Yahoo! Movies sat down with Tom Holland to discuss Spider-Man: Homecoming and Tom answered fan questions during his interview. He talked about everything from what sets this Spider-Man film apart to how he got the role of Spider-Man in the first place and the answers to those two questions were two of our favorites from the segment on Facebook Live today.

Tom says that the difference between this Spider-Man films and ones prior to it is that we see Spider-Man with a set goal and motivation this time. Everything that he does he still does for the good of people and to honor what is important, but he also knows that he wants to impress Tony Stark and to be an Avenger. We’ve not yet seen Peter with a goal such as this one.

He also says that Chris Hemsworth helped him get the Spider-Man gig after he asked Chris to put in a good word for him.

‘I sent him an email while auditioning saying sort of like, ‘Hey Chris. So, I’m auditioning for Spider-Man. Can you let them know that I’m amazing or something?’

Chris’ response: ‘Hey mate. I’ll let them know you never learn your lines and you are late all the time and you’re terrible at your job.‘

Chris’ response was quite humorous but he did end up putting in a good word for Tom and he feels like that really did help him in getting cast as Spider-Man. The world has seen a bit of Tom’s portrayal of Peter Parker thanks to Captain America: Civil War, but we’re really looking forward to seeing what he can do in the Spider-Man film hitting theaters this July.