Soon after HBO fed its subscribers an anxiety-driven miniseries premiere for “The Night Of” that even made its viewers feel like they maybe might’ve murdered someone after a drug-induced sex session, we began seeing the teasers for “WestWorld”! I. Was. Sold. I’ve always been a fan of the original 1973 film of the same name (which low-key became a major inspiration for James Cameron’s “The Terminator”…no biggie), in which the show is based off of. 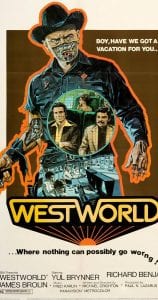 The movie’s plot was simple enough; a futuristic world in which robots roam around and interact with guests in a western-themed amusement park. My inner hipster preferred MedievalWorld over its Western sister-park but who’s going to watch an HBO show set in Medieval times? Certainly no one…

As I sat through the first trailer for the series on HBO, halfway through my initial thought was “Cowboy Game of Thrones”…I dig it. I was titillated by the beautiful scenery, gun-slinging cowpokes, saloon mistresses doing typical HBO soft-core naked stuff, and WHOA WHAT IS ALL THIS FUTURE STUFF HAPPENING. It was a pretty big twist. Now all of a sudden I’m watching Anthony Hopkins talking to that chick from the “Wake Me Up When September Ends” music video all naked and doll-like in a chair. If you thought I dug it before, then I guess you can call me Shia Labeouf because now I dig it uh oh oh, dig it!

However, when it comes to television shows, I’m the one to have trust-issues. I’ve been disappointed by shows in the past and I wasn’t trying to let that happen again. As I waited anxiously for the premiere, there was still that little voice in my head saying, “What if this sucks”? I call that voice the “Phantom Menace”, I’m sure you can figure out why. I don’t listen to him anymore though ever since he told me to burn down my house and put gasoline in people’s cereal. Weird.

Here we are now, exactly halfway through the first season. Was that little self-diagnosed voice in my head right after all? Am I disappointed?

I have no clue…I honestly have no idea.

I was completely blown away by how fantastic the first two episodes were and how the both of them had their own very special elements. The first episode introduced us to both the puppets and the puppet 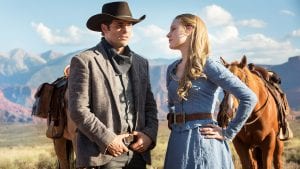 masters of WestWorld, including a kind-of antagonist that we know nothing about yet…but I’m working on that. What I loved the most about the first episode was just being thrown into this world and the IDEA of a WestWorld. What I wasn’t expecting was just how quickly they would jump into the main plot of the series. All of a sudden stuff in the park starts going haywire. There weren’t any subtleties or foreshadowing, as there should have been; the problem is recognized by the puppet masters…but nobody really does anything…

The way I saw it, this premiere could’ve been considered just a remake of Westworld and left on its own, which is cool I guess. For me, all I needed was this world to be more fleshed out and to learn about the park in general to want me to tune into next week’s episode, which I was so happy to actually catch a glimpse of in the second episode. We see the show following the path of the original movie with the introduction of two new guests to the show; one who’s a returning customer and other who’s brand 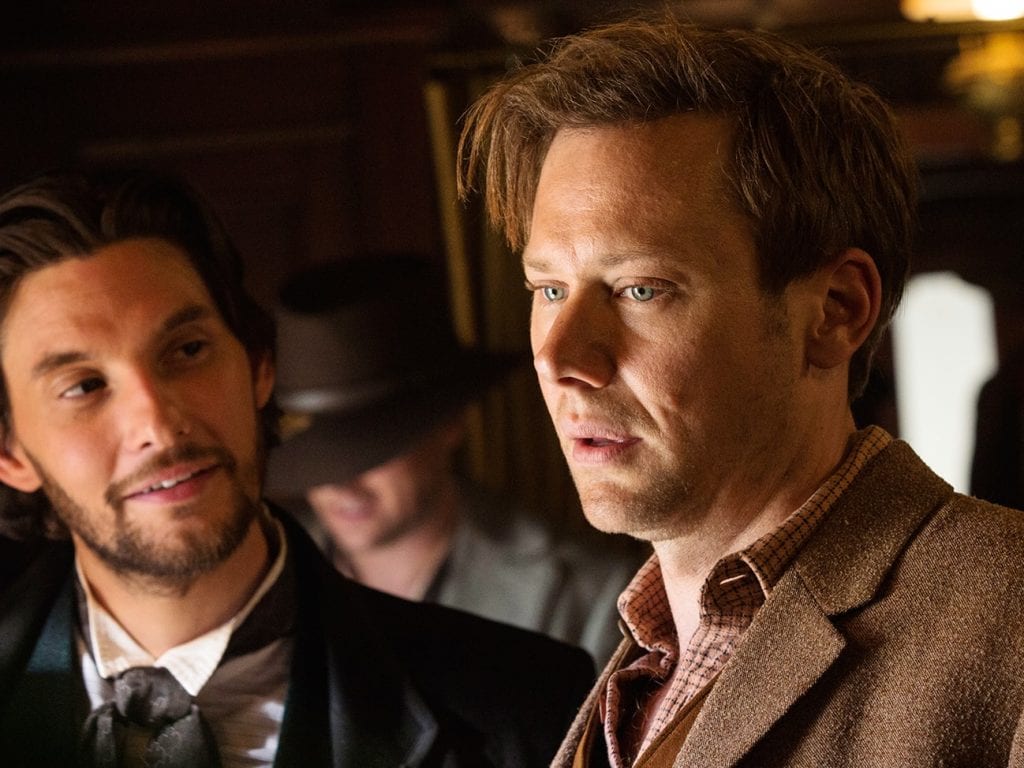 spanking new. We get to actually watch their process of gearing up and preparing to enter the WestWorld, being read the rules and creating their own cowboy personas! However, that’s really the only glimpse we get of the process for now, which sucks!

I want to step into their shoes and watch them actually go through the motions of the WestWorld experience. My ideal expectation of the show was that we’d be introduced to a new guest every episode, following them on their adventures as we explored new parts of the park. But nah fam, this show ain’t about the guests. It’s about the robot inhabitants, specifically the female ones.

Don’t get me wrong; I love a good strong female protagonist. Apparently so does HBO though. It’s very clear that WestWorld is trying to replicate their very own Daenerys, except like…everyone is Daenerys in WestWorld, you know what I mean? We see all the same character-types that HBO have already used. But NOBODY CAN REPLACE THE MOTHER OF DRAGONS. I understand that “If it’s not broken, don’t fix it.” but like, the only reason it isn’t broken is because a team of writers weren’t playing with the same concepts for countless episodes. If you play with something for too long, it breaks…or gets really chaffed and sore…Anyways, it just looks like that typical HBO formula that’s used in Game of Thrones, which I blame on the writing. 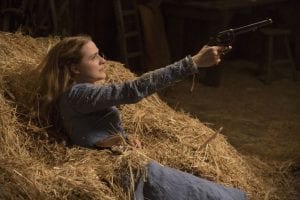 Speaking of the writing, I’m halfway through the show and I still don’t know how this park works. How do the robots bleed?? How is it that bullets can pierce the hosts but not the guests? How are they MADE?? It’s way too late for the answers now. It’s like when you forget your date’s name halfway through the date and are too embarrassed to ask so you start making up random theories about what her name might be and post those theories on the internet so people can add to them and correct them so at the end of the date you can find out if your theory was on the mark or wayyyy off. Yeah, exactly like that.

Look at some of the most successful shows, Breaking Bad, Game of Thrones, and The Walking Dead. None of them ever had to use the ‘mystery gimmick’ as bait to get people to watch them. Imagine if Breaking Bad had Hank as the protagonist and for all the show he’s trying to track down this mysterious ‘Heisenberg’, only to find out that in the end it was *GASP* his brother-in-law Walter White this whole time!!! WHAT??

Throwing this big plot mystery at me straight off the bat, Westworld. Ballsy. But I’ll still watch you, not because I need to discover this mystery that you force-fed me, but because I believe in you. HBO was successful in establishing an interesting world, an interesting…WEST world. I’m enjoying simply coming up with my own theories and seeing how things play out. The way I see it now, I can’t imagine how there can possibly be a season two. If it’s another season full of questions without the answers, I’ll be forced to hang up my cowboy hat and walk away forever.

With Game of Thrones at the bottom of the ninth, I want to know that HBO will be in good hands with WestWorld. After the first episode, I truly believed as if this would be the next great big show. As of now, I’ll put my trust in HBO still. After all, we’re only halfway through the season. Plus, I want to be prepared for when an actual WestWorld is invented. When that day comes, I’m going full renegade baby. Forget that Paragon lifestyle.

Let me know what you’re thinking of the show so far! Love it, hate it? Don’t care? Will MedievalWorld make an appearance? Will Dolores ever wake up when September ends?

In the meantime, let’s re-watch that music video in order to truly appreciate Dolores.

(P.S. Both the actor and actress in the music video got married in real life. Pretty sick.)