I can’t think of another show in recent years that has perfectly nailed ’80s nostalgia the way that Stranger Things has. Everything about the show itself is nostalgia well-executed, but the marketing campaign for Season 2 has been pretty off the charts as well. From the songs used in the trailers to the posters, everything flawlessly falls into the world they’ve built.

The newest addition? An arcade inspired promo that will catch you up on everything that happened in season 1 just in case you don’t have time to re-binge before October. The clip takes you through different “levels” of all of the crazy things the gang went through. You get power ups and inventory through chocolate pudding and, of course, Eggos. The sounds and graphics will immediately take you back to all of the games you used to play back in the ’80s, much like the show itself does. 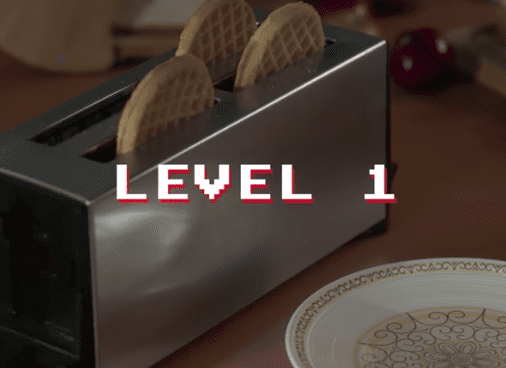 Throughout the video, the players are getting points for things they do well like being sassy or showing bravery, but they also lose points when bad things happen like Barb getting taken to the Upside Down. The video ends with a final battle against the Demogorgon, their final score and the dreaded “To Be Continued…”.

If you haven’t seen the show since it first came out this video is definitely worth a watch because I guarantee that you forgot about half of the bizarre and crazy things that the residents of Hawkins had to go through.