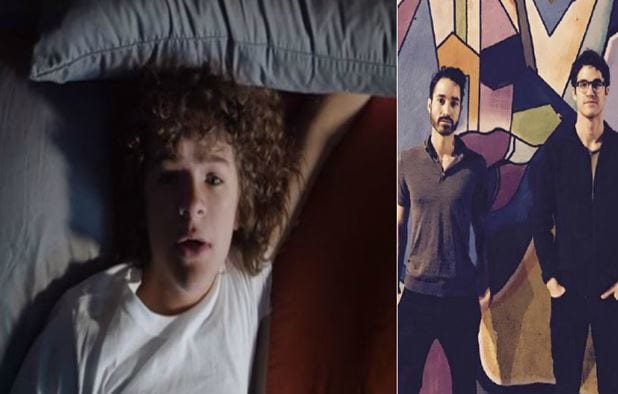 Darren Criss and his band Computer Games are back on the scene with a brand new music video for their song “Lost Boys Life” off of their debut EP of the same name. What really makes the video so much fun is that in addition to its great message it also stars Stranger Things’ Gaten Matarazzo. 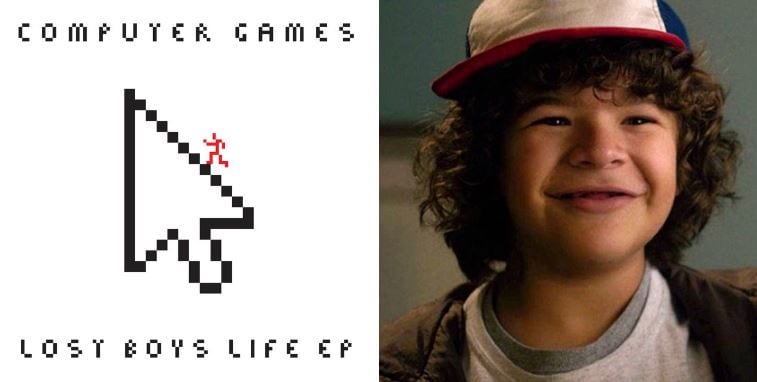 “It was always going to be Gaten,” said Darren, who officially met the young star at his Elsie Fest last year. “We wrote the entire treatment around him. Thank God he said yes, because otherwise it probably would have just been me, running around in a silly wig, trying to be Gaten.”

Matarazzo clearly felt the same way about starring in the video.  “I had a blast performing with Darren at Elsie Fest last year,” he said. “That was the first time we had ever met and instantly became buddies. When he sent me the treatment to Computer Games’ music video, I was like – rock on! I’m in!”

Matarazzo plays a kid feeling trapped in a world surrounded by adults and responsibilities despite still feeling like a kid at heart – a sentiment many people can relate to these days.

He’s stuck at a desk job that he hates with a horrible boss.

So, sick and tired of living the “Lost Boys Life” he quits his job.

And begins living his best life by joining Darren and Chuck Criss in Computer Games!

Check out the video below!