After what felt like forever, Star Wars fans were finally told on Tuesday what the name of the new young Han Solo standalone film would be called. Director Ron Howard took to Twitter to announce that production had finally wrapped and decided to also reveal the title of the film. While many would probably have preferred a name that would be a symbolic and meaningful addition to the franchise catalog or a hint as to what to expect for the film, they were instead treated to a name so simple that literally, anyone could have predicted it – Solo: A Star Wars Story.

Now, if you immediately thought of a solo cup, Rolo candy, #yolo, or perhaps Jason Derulo’s hit single “Ridin’ Solo” you’re not alone. This being 2017 the comedians of the internet, better known as the people of Twitter, immediately began cracking jokes and making memes about the title. 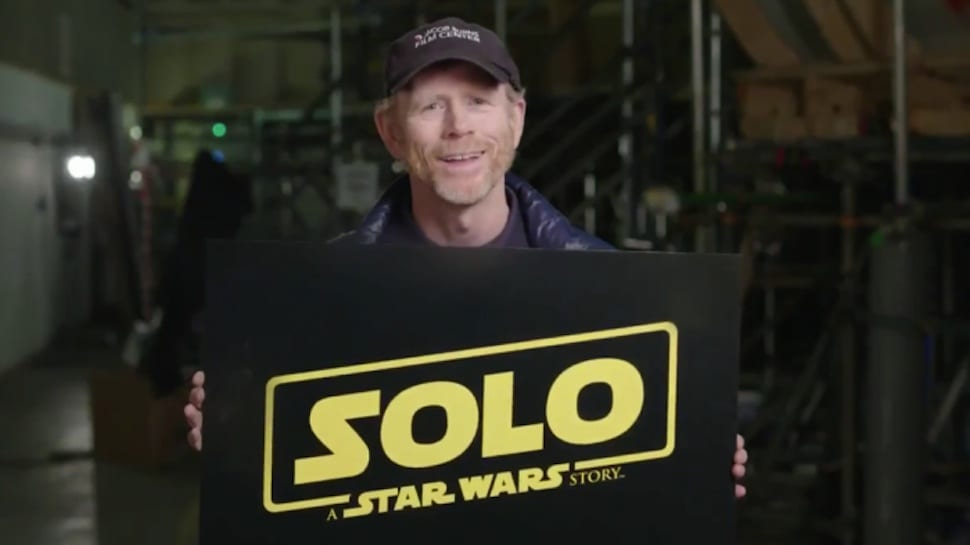 Honestly, by now, Ron Howard should know better than to reveal the name of his very serious and huge project by way of him holding a giant sign. It’s essentially an invitation for Twitter to do their worst and boy did they deliver.

First, there were jokes about the name in general:

An excerpt from SOLO: A STAR WARS STORY

Han Solo: Looks like I’m going to have do this one… on my own.
Chewbacca: *roars*

“Solo: A Star Wars Story” would have been a better name for a one-man off-Broadway musical.

The new Han Solo film is called ‘Solo: A Star Wars Story,’ which is OK I guess but I was really pulling for ‘Star Wars: The Wrath Of Han.’

Then they went into the obvious word association jokes:

And maybe it’s just me, but that logo for #SoloAStarWarsStory makes me free associate “red Solo Cup” rather than “Han Solo.”

Then came the memes:

Be honest. They can call it whatever they want. It’s not like you’re gonna miss a @starwars movie. Right, @RealRonHoward? #StarWars #SOLO pic.twitter.com/UHa4DgxGEW

Every time you read the word “Solo” fire a director. #HanSolo pic.twitter.com/FLkIwdMLbx

I designed the logo for the upcoming Han Solo movie but they messed with my design. WTF, Disney?? SEE YOU IN COURT. pic.twitter.com/gG0IAoBwgV

Guess we know what @starwars line-up is through to 2023!!! #HanSolo #StarWars #TheLastJedi pic.twitter.com/6AFyIB3IW7

The Han Solo movie finally has a title. #StarWars pic.twitter.com/xRDxlgTPkT

Breaking #StarWars news… we finally have the movie we’ve been waiting for. pic.twitter.com/pWJJdB132r

And then there was one final meme to tie them all together:

What do you think of the film’s name?

Home » Fandom » The Young Han Solo Movie Finally Has a Name So Naturally, Twitter Made it a Meme