All of us here at Fan Fest News would like to congratulate The Walking Dead’s Steven Yeun and his wife Joana Pak on the birth of a new addition to their family, A BABY BOY!!!

The news of Joana’s pregnancy broke shortly after the couple got married in December in California. Many of Steven’s former castmates were in attendance including, Norman Reedus, Andrew Lincoln and Alanna Masterson.

In February, the couple released photos via Instagram, focusing on Joana’s baby bump. 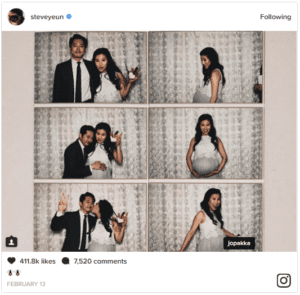 Once again…Congratulations to the happy couple and their healthy baby boy!!!!