The Walking Dead actress Katelyn Nacon dreams of playing Raven in the DC Universe, and we can totally see it.

Nacon plays Enid, who is currently a medic at Hilltop after training with Siddiq. She recently attended Fan Fest San Jose, where she answered fan questions alongside co-star Ross Marquand, who plays Aaron. Chandler Riggs, who played Carl was in attendance as well. 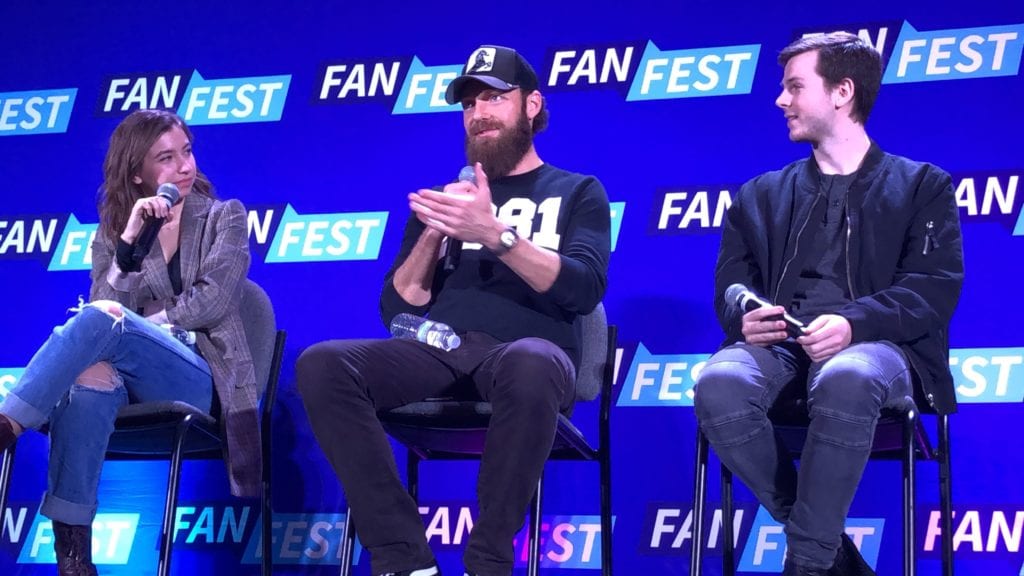 She was asked what Marvel character she’d most like to play. She first disclaimed that her dream hero is actual in another universe.

“Well, it’s not Marvel — mostly because I feel there’s not a lot of young Marvel girl superheroes, even in the comic books. And if there are, they’re not very well known.”

Raven is a tele-empathetic character in the Teen Titans who is half human, half kind-of-demon. Her father is Emperor Trigon, a powerful Devil like entity. She’s known for being dark and twisty and a bit angsty.

“But for the longest time I always thought it would be so cool to play Raven from the DC comic books. Because I mean, your dad is Satan? Oh my God! That’s a lot of complexness and messed up crap going on in there. So I’ve always thought that would be one of the coolest things.”

Rachael Roth, the young member of the Teen Titans is portrayed by Teagan Croft in the DC Universe’s series Titans. You can check out our Titans reviews an coverage here!

In October, Nacon mentioned her desire to play the character but acknowledge her chance may have passed. Perhaps Nacon will have the opportunity to play her in another project by DC, and we’ll be rooting for her!

During the San Jose panel, Ross Marquand (who portrayed Red Skull in Avengers: Infinity War) added that he thinks she would make a great Shadowcat AKA Kitty Pryde, one of the prominent X-Men members.