Time is running out for those of you that have always wanted to have a shot at being on your favorite series.  AMC’s The Walking Dead sent out a casting call, Tuesday, for walkers needed filming this month.

We’ve seen Well Walkers, Sand Walkers, Barnacle Walkers, Bungie Walkers, Bloated Walkers and Charred Walkers. This time around, producers are looking for something more twisted than what has been done in past seasons. Check out the details below: 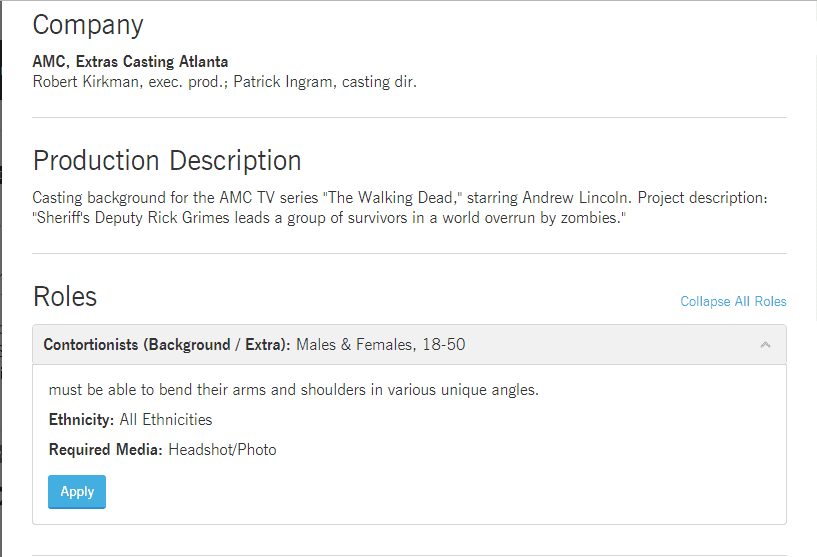 The casting call will expire on September 5, 2017, get those resumes and headshots together, stretch your muscles and submit your application on the Backstage Casting website.

With filming ending in late October/early November, who knows what these walkers are going to be used for? Maybe a trap or weapon? Or a cliffhanger in the season eight finale? I guess we’ll just have to wait and see Gimple and the gang have in store for us.

In the meantime, you can watch the continuing weekend marathon of The Walking Dead on AMC as well as the Season Eight Preview Special airing just before the midseason premiere of Fear the Walking Dead on September, 10.

Tom Payne on Season 8 of The Walking Dead: ‘An Insane Amount of Action’