The Walking Dead alum Laurie Holden is trading in her zombie-killing skills to fight a dark and sinister supernatural presence in the upcoming IFC Film Pyewacket.

In the film, Holden plays Mrs. Reyes, a mother of a teenager named Leah (played by Nicole Muñoz) who is looking for solace after the recent death of her father by dabbling in dark arts.  What seems like harmless fun at first soon becomes an unthinkable nightmare after a blow-out argument between the two causes Leah to put a death curse on her mother.  While Leah immediately regrets her actions, it may be too late.  An evil presence known as Pyewacket has been summoned and now threatens both the lives of Leah and her mother.  The film is written and directed by Adam MacDonald.

IFC Films dropped a haunting trailer for the film which is set to be released in select theaters and through VOD and digital platforms on March 23rd.

Check out the new trailer for Pyewacket and the movie’s creepy poster below: 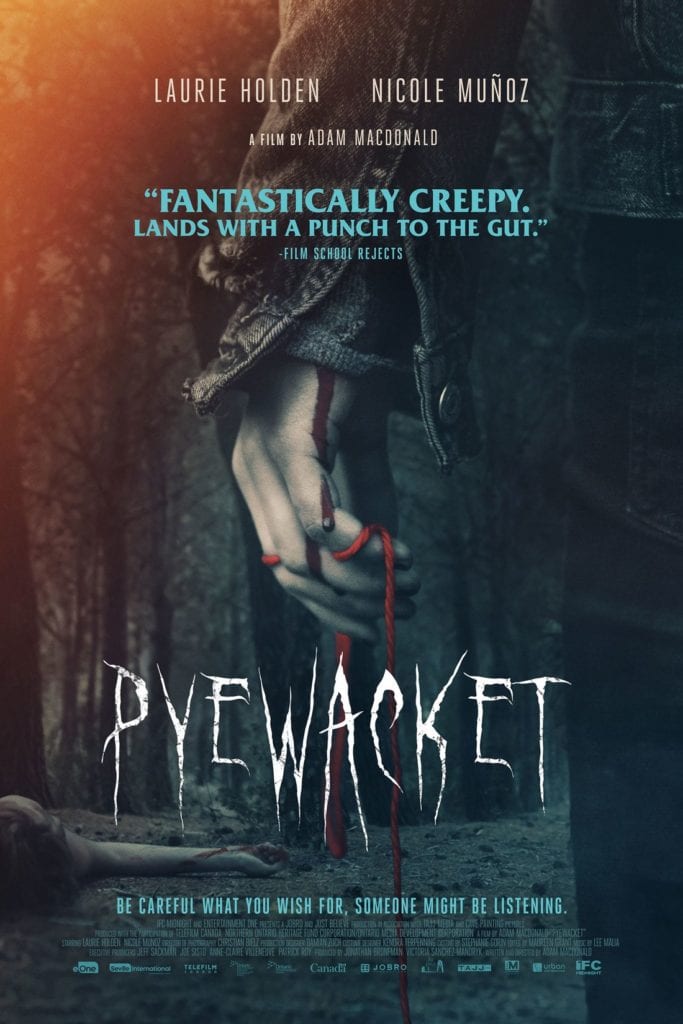 Laurie Holden Had an 8-Year Deal on ‘The Walking Dead’, Andrea Was Supposed to End Up With Rick